You are here: Home / Memories / She Was Only My Age 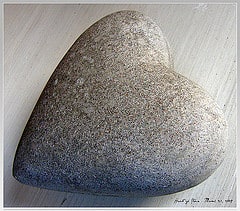 I have been feeling a little confused about what I want in life right now. I wonder what direction I want to take or what choice I need to make to do the things that I want to do.  I am sometimes overwhelmed with all of the responsibilities that I have in life.  I have felt that way before, and often when I do, it makes me feel extra young.  It also sometimes makes me think, “I still feel like a teenager.  How am I 33 years old?”

Last night when I was going to bed (a time when I am trying to cool down, but my mind often races off by itself), my mind wandered to my childhood.  I thought of my Mom during what was probably some of the most difficult years of her life. Usually I can remember what led me to think of something like that, but as best I can remember, it just popped up in my head.

(When I recently wrote about my scented markers I got when I was eight, I touched some on what I remember about my own experience of the end of those difficult years, along with the start of a better time.)

I didn’t write in that post about what had been happening in the years prior to my Mom getting remarried (and my subsequent adoption).  I can’t say that I can remember everything, but I know it was hard. It included a divorce, single parenting of three children (one of whom was in preschool/early elementary), unpaid child support, working two jobs (at the same place), free school lunches (which I will have to share a story about sometime), a break-in at our home, Mom trying to balance feelings of guilt for having a night to go out each week, barely teenage daughters (not me – I was early elementary age) who were doing lots of things they shouldn’t have been doing, and, eventually, a long distance relationship that led to her second marriage.  There are other more personal things that I also remember, and there are probably a million things that I don’t.

Throughout it all, I remember thinking that my Mom had it all together. Although I can remember when we would take turns doing primal screams as a group activity down the stair well that led to our basement, my Mom was my constant and I thought she knew it all.

As an adult though, I have looked back at that time with a sadness for my Mom. She dealt with so much.  It had to have been a time in her life where she wondered if things would ever get better.  I suspect it was years full of feeling, “This can’t be happening.  Is this what my life was supposed to be like?”

Only last night when I was in bed, lamenting my own stressors did it hit me — she was my age. All of those things that she dealt with, how grown up and together she seemed to me — amongst those difficult years, she was 33 for one them.  I was astounded to really think of it, and I cried.  I thanked God for having given me such a strong and loving Mother.  Lesser women would have broken in that situation, but my Mom came out on the other side.  I am pretty certain that given all of the situations she was in, I would not have done as well.

As I continued to lay in bed, I also realized that when she was just barely older than Eric was when she was remarrying.  She was also moving away from her family and everything she had known for so long.  She was going to be taking on roles she had never known before, in a new place she had barely been before.  That made me cry too.  It had to have been both exciting and scary.

I have spent the last 33 years being a pretty huge fan of my Mom.  It’s no secret, and pretty much everyone who knows me knows that my Mom is my go-to girl and one of my best friends.  I have also always been appreciative of her as a Mother.   Today, though, I woke up with a new sense of appreciation – both for my Mom and for the life I have right now.

When I finish writing this, I plan to say an extra prayer of thanksgiving for what my Mom did for us, a prayer to ask God to remind me of those challenges she faced at my age at times when I think life is tough, and I also plan to buy her a gift certificate to her favorite online store as a little thank you for the many sacrifices that she made during those years so long ago.