You are here: Home / Homeschool / First Year Homeschooling / How to Choose a Homeschool Name, Colors, and Mascot (and Why You Should)
1.6K shares 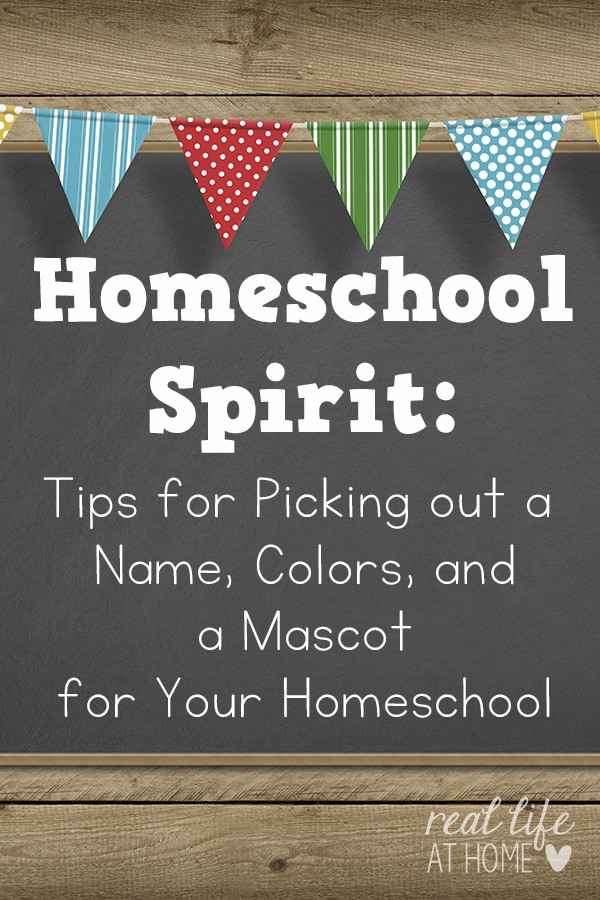 While I toyed around with the idea of naming our homeschool when we began homeschooling, I didn’t end up doing it. Since our state does not require that home schools be named, I really just left it at that.

Then, one day early in our first year of homeschooling, our oldest son (who was nine at the time) was wearing a t-shirt from their old elementary school. My sons (the other was seven at the time) had a discussion about their old school. Primarily this discussion, brought on by that t-shirt, centered around three areas: their school’s name, its colors, and its mascot.

Homeschooling 101: A Guide to Getting Started

How Our Homeschool Got A Name, Colors, and a Mascot (and Why Picking Them Can Be Important)

“But, CAN we have them? Can we name our homeschool?” one of the boys asked.

It was then that the whole thing really clicked with me. Granted, I had realized before that moment that our school day was about to be interrupted by deciding on these important issues. But, I hadn’t really thought about WHY we were going to have to do that.

I realized then that school names, school colors, and mascots aren’t just things that a school has. They are symbols of the unity of the people who go to that school. These things give us a sense of belonging. They are a reminder that we are part of something bigger.

These things are the reason that we stopped what we were doing for at least an hour to discuss possible names for our homeschool, mull over the merits of different color combinations, and then painstakingly searched the internet for mascot ideas.

The whole time, I could see how much it meant to the kids. They were excited to be the ones who were deciding on these things, although they did get some gentle swaying from time to time from Mom. We decided that it would be nice to pick a saint’s name for our homeschool. (Although Jack initially suggested “Homeschool Fun” for the name.)

After a decision was made for both a saint and how to finish off the name (we discussed “School,” “Homeschool,” and “Academy” – Noah began to literally hoot in excitement at the sound of Academy), we went into the task of colors.

So, learn from our mistake and make your choices in these order: (1) Homeschool Name, (2) Mascot, (3) Colors.

How to Choose a Homeschool Name

Since the most difficult part of this might be picking a name for your homeschool, I thought I would offer up some advice and tips for choosing your homeschool name.

1. Choose something that sounds professional.

You never know what you’ll have to write this on or who you will have to share the name with. If we had gone with Jack’s “Homeschool Fun” name, it would have felt difficult to tell people that was the school name. Pick something that sounds like a school might actually be named that.

2. Choose a name that will continue to work for years to come.

While “Pine Ridge School for Girls” may sound like a fun idea when you only have daughters, you may have to change it when a son comes along.

Or, perhaps you only intend to homeschool for a few years and think that “Saint Philomena Primary School” will be perfect. When you still find yourself homeschooling a high school student, that might not work as well. Pick a name that is apt to grow along with your family.

3. Pick a name that has a special meaning for your homeschool and your family.

This might mean that you choose something based on one of the following:

4. Involve everyone in the family in the naming process.

Everyone in your family is a stakeholder in your homeschool, and they should all have some say in this unifying effort. Sure, it might be difficult to get everyone to agree, but try to make sure that nobody ends up with their last choice name or a name that they hate.

Teaching from Rest: A Homeschooler’s Guide to Unshakable Peace

Students could make formal proposals for their preferences. Or, after the decisions are made, students could research for more information on whatever you based your school name on, if possible (particularly if you picked a name about a person or a place). Your students can also learn more about the particular animal or object that you pick as a mascot.

Do you have a school name, mascot, colors, motto, or anything else of that nature? 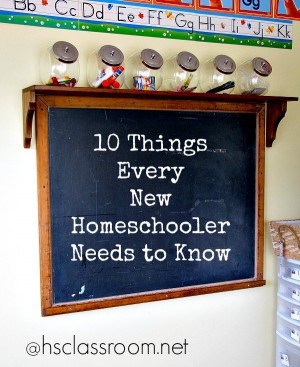 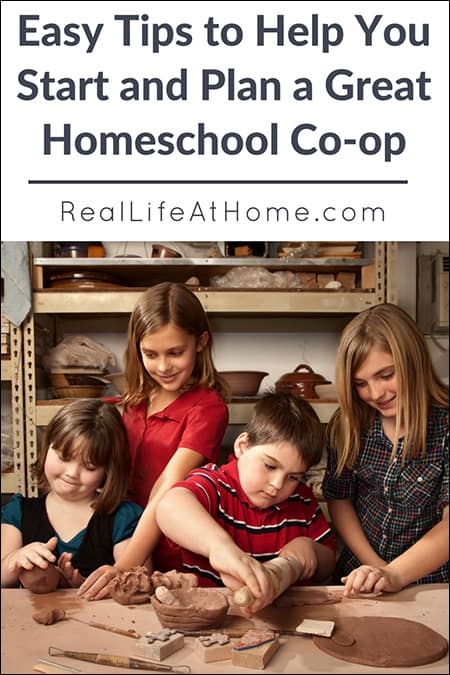 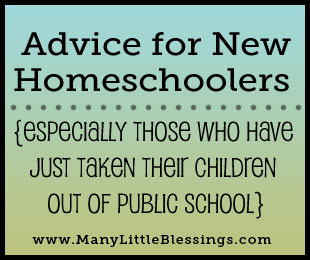 How to Choose a Homeschool Name, Colors, and Mascot (and Why You Should) was originally published on August 5, 2008. It has been updated most recently in June 2017. 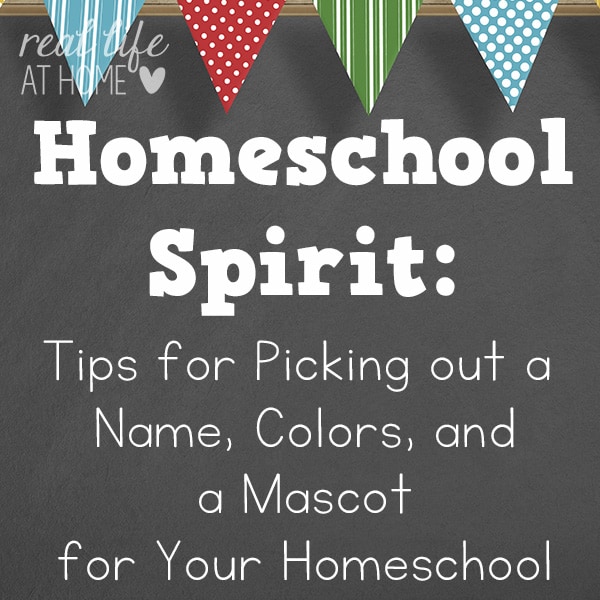