You are here: Home / Homeschool / Habits: The Foundation of Education
285 shares

Habits: The Foundation of Education is a post by Shannen of Middle Way Mom.

What does a typical school day look like for you?

We ask this question, both as homeschooling newbies and veterans, because we want to know what works for others, and to find a rhythm to our days. But what makes that rhythm? What makes the day flow rather than stumble from one activity to the next?

Honestly, this eluded me for quite some time. I’ve made color coded schedules (who hasn’t?), checklists to do in no required order, time block routines, and every other attempt at creating order in our days.

And then I started reading Charlotte Mason’s Home Education book and there was a lightbulb moment. 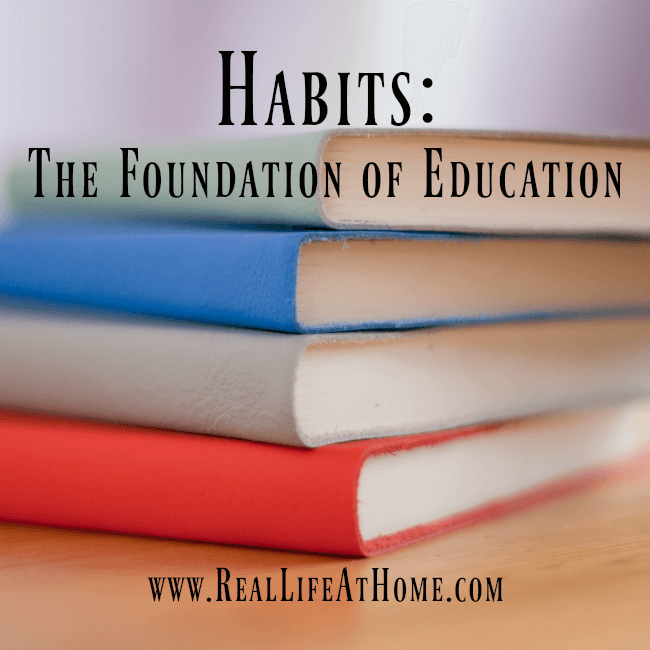 The importance of forming habits

Habits can be good or bad, but they are there. The habit of putting away your dishes when you’re done eating or doing your chores after breakfast can be habits. On the other hand, wasting time on the computer or procrastinating until a deadline looms is forming habits as well.

As a homeschooler, building habits can reduce the workload on everyone rather than needing to decide how the day is to be used hour by hour. Instead, following the road most travelled makes for an efficient day, and when the kids know what to expect, there are far less arguments than having to make your case for each chore or assignment.

“…the formation of a habit, the gradually lessening sense of effort in a given act, is pleasurable.” – Charlotte Mason, Home Education

After some time with working on forming a habit, it becomes less stressful and requires less effort. After a period of time, it can be downright enjoyable to get things done and out of the way.

Forming habits is easiest on very young kids, but even with older kids and adults, we can learn new habits with enough initial effort.

What habits to start with

A clean home makes for a more peaceful environment to learn and work on projects, and creates a culture of mindfulness. Don’t get me wrong, our house is not company-ready at all times, but we still work every day to keep on top of our daily messes.

If the family isn’t used to cleaning up the dining room table after a meal, start with that. After that became habit for our young kids, we added on putting away all the clean dishes after each meal. Next, I have added cleaning up rooms that have accumulated too many toys or things that are out of place. 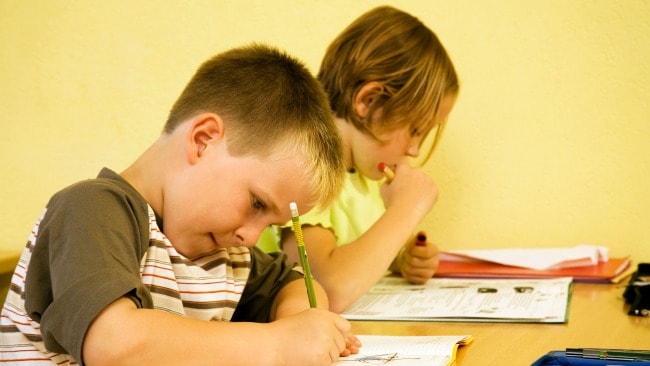 Do you have a habit of checking your phone when you’re stopped at a light? Or to check social media while watching a show, or even when you’re trying to get some work done on the computer?

It’s far too easy to get distracted in our fast paced world, and we’re learning the hard way how easy it is to fall into that trap. Cultivating the habit of attention in our kids from an early age is a tremendous gift to them, and should be the first habit we work on when we are focusing on habits within our school day.

If we can help our kids form the habit of attention, successive habits like completing a task before moving on or putting full effort into each task will be far easier since they are giving those tasks their undivided attention.

How we fail in habit formation

“…when the child has really formed the habit of doing a certain thing, his mother imagines that the effort is as great to him as at first, that it is virtue in him to go on making this effort, and that he deserves, by way of reward, a little relaxation — she will let him break through the new habit a few times, and then go on again. But it is not going on; it is beginning again, and beginning in the face of obstacles. The ‘little relaxation’ she allowed her child meant the forming of another contrary habit, which must be overcome before the child gets back to where he was before.” – Charlotte Mason, Home Education

Another light bulb moment! I definitely have allowed my kids to break a habit as a “reward” for following the rule regularly for a long period of time, especially when it comes to chores. Then later on it’s easy to see how they can feel that they’ve worked so hard, they shouldn’t have to do the chores that have been expected of them since they were young.

Secondly, and something I think we have all been guilty of, is laying down all sorts of new habit for the kids to take in after a period of being more relaxed. Enter a new chore chart, and everyone is spending an hour cleaning every day for a week, and then it starts to fizzle out quite quickly because we are overburdened with these new expectations.

Slow and steady is the way to stay consistent.

Read more about habit formation and the benefits it can bring to your family in Habits: The Mother’s Secret to Success 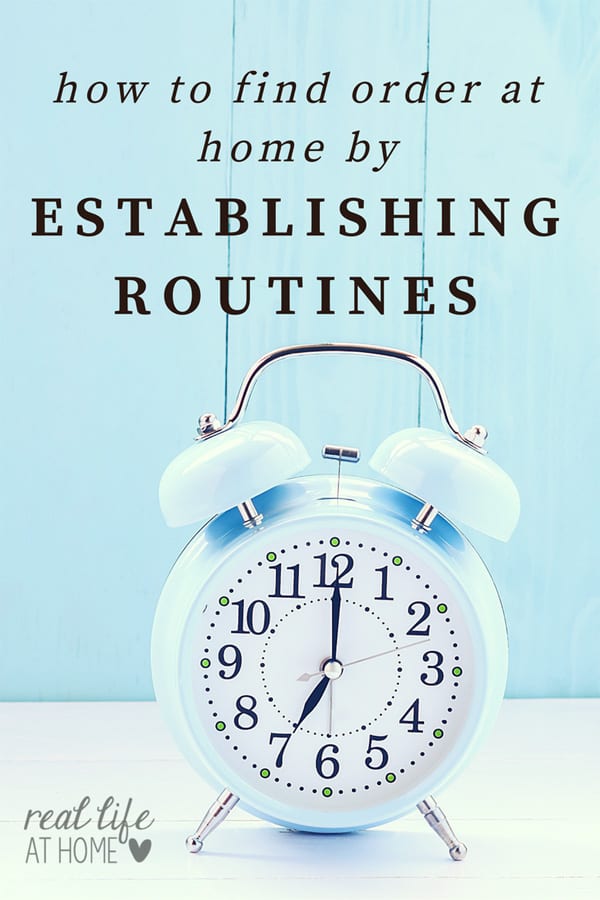 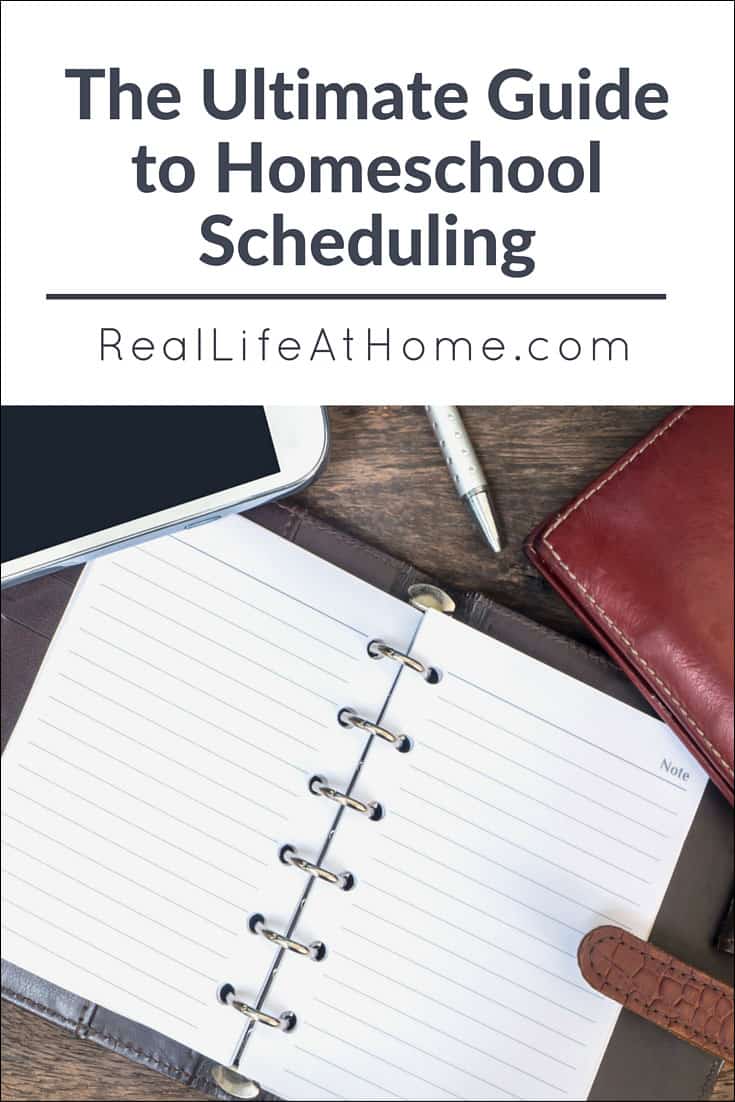 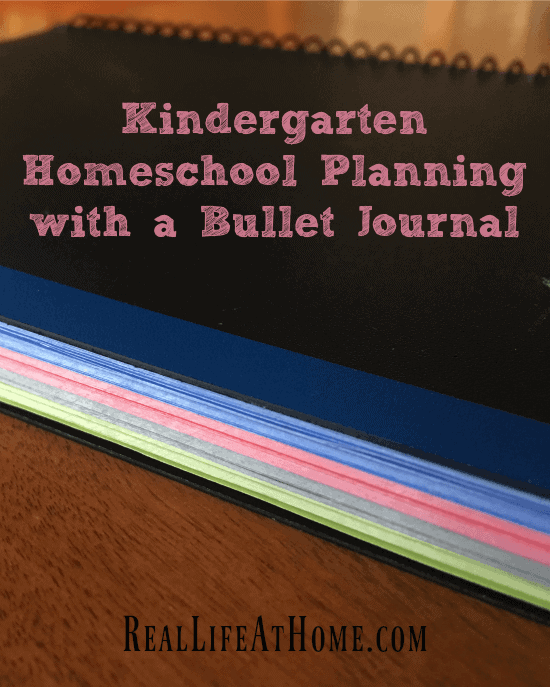 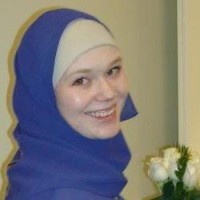 Shannen homeschools her teen daughter, focusing on earning college credit while in high school, and is getting ready to start the homeschool cycle again with three little ones. You can find her blogging about how they homeschool high school, preschool, and everything that goes along with it, plus meet up with her on Pinterest, Twitter, and Facebook.