You are here: Home / Homeschool / 5 Tips For Successful Strewing
331 shares 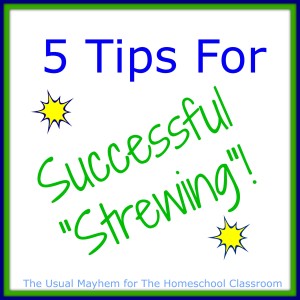 Not all of us are unschoolers, but everyone can benefit from successful strewing.

In a nutshell, strewing is the art of presenting your child with interesting and varied learning opportunities without forcing it upon them. The key is that you never expect anything to happen from it.  It’s a discovery opportunity, not an expectation. This works well with most children.

Let them see you quilting, knitting, learning to cook something new, and so on. Put on that DVD you’ve been meaning to watch for a year. Try your hand at making soap. Chances are good that your kids are paying attention.

Use real life as a jumping-off point.

The car breaking down, a TV show, a trip to the vet, a renovation project – any of these come up in conversation at the dinner table or throughout the day and can lead to great learning experiences. It’s not always what you expect either.  A book of Egyptian-themed needlepoint patterns passed on by a friend led to a casual conversation of one of our children with their grandfather about Howard Carter being a distant relative, which has led to a enduring interest in genealogy and a newly-made family tree that dates back hundreds of years. 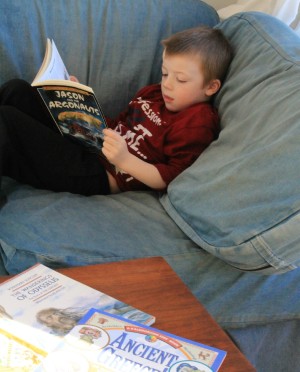 We are voracious readers. There is always a mound of library books in a bag available to the household at large. I make a point to chose a variety of books if the kids aren’t with me to pick their own, and I always leave one or two casually on the tables in our living room.

A specific example would be the house plan books I borrowed and left out to entice my daughter when she developed an interest in The Sims several years ago. This led, independently, to a YouTube channel of how-to videos she has made for the game, a blog where she writes tutorials and reviews, and her request for several programming courses. Side benefits include her learning blog design, social media management, and more. If I had suggested any of it to her instead of strewing the book, she would have refused. On her own, she went further than I would ever have expected and years later, she is still going strong with this interest.

Make a snack, put on the DVD, and ask if anyone wants to join you. If they say no, it just means more popcorn for you anyway. See if anyone wants to help you plant the new flowers in the garden, or go on a new-spices-hunting expedition to the health food store. Any takers to help figure out why the well is going dry? 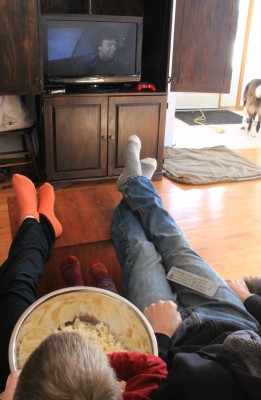 It doesn’t always have to be subtle.

I hung a world map shower curtain in the bathroom once. Initially there were many groans, but kids and guest kept spending a really long time in the shower and commenting on things they’d spotted. It was our go-to map when a city or river showed up in a movie or book that we couldn’t place.

What are ways that you strew learning opportunities in your home? 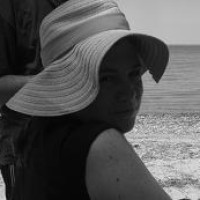 Erin writes at her blog The Usual Mayhem and at various other sites, about her kids, life, homeschool, and all the chaos that the combination entails. She mainlines caffeine, hikes daily, and has more sewing and quilting projects on the go at any given time than she could finish before retirement age. If she isn't wrangling kids, dogs, or old Singer machines, you can find her on Facebook, Pinterest, or Twitter.