This post is from contributing writer, Tonya from The Traveling Praters.

The first city in the United States, St. Augustine is a beautiful, historic city that offers many free and low cost attractions for families. Visit Fort Matanzas, Castillo de San Marcos and the Colonial Spanish Quarters to learn about pirate attacks, the Spanish settlers and the history of St. Augustine. You’ll also find the Fountain of Youth and learn about Ponce de Leon. When you need to take a break, head to one of the many beaches in close proximity to the city.

Roanoke was the first attempt to found an English colony in the New World. If you love mysteries, you’ll love Fort Raleigh, which is better known as the Lost Colony. Nobody really knows what happened to the colonists that disappeared leaving few clues behind.

You can also visit Elizabethan Gardens, watch The Lost Colony outdoor drama, visit Kitty Hawk , or view the many lighthouses and shipwreck locations along the coast.

3. The Historic Triangle in Virginia

The Historic Triangle boasts Historic Jamestown, Yorktown, and Colonial Williamsburg; the largest living history museum in the world. Learn about the first permanent English settlement in America, walk see the battlefield where Cornwallis was defeated and immerse yourself in a city on the verge of revolution.

Visit Plimoth Plantation and imagine what it would be like to step foot into a brand new world. You’ll find yourself transported to the 17th century, in the midst of a Pilgrim village and meet the native Wampanoag Indians.

Visit the plantation home of America’s first president, George Washington, allowing you to walk in his footsteps. Mt. Vernon is located along the banks of the Potomac River in close proximity to the nation’s capital, Washington D.C. where you’ll find no shortage of free area attractions.

What are some of the historical locations that your family has enjoyed visiting? 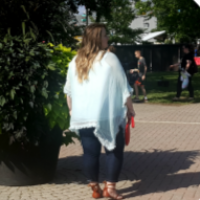 Tonya, the driving force behind Travel Inspired Living, is a travel writer, influencer, and empty nester, who dreams of living a nomadic life in a vintage camper. For now, she'll settle for frequent road trips throughout the U.S. and North America.

Previous Post: « Why Having Multiple Blogs Can Be a Good Idea
Next Post: 10 Fun and Random Facts about Me »