You are here: Home / Family Life / 10 Fun and Random Facts about Me
advertisement

I’ve shared all the ins and outs of myself before, so today I thought it would be fun to share a variety of things about me that are a little more fun than the typical fare.

1. I have almost maxed out the space on my iPhone because I have too much music on it.  This does not stop me from adding more music to it anyway.

2. In the last couple of years, I have developed an affinity for shoes.  My current favorite shoes are from Finn Comfort.  (I also really love my black Chuck Taylor All Star shoes with pink laces.)

I would never have been able to spend that much on shoes, but I got them from dear, sweet family member (okay, it was my Mom) who couldn’t wear them anymore and wanted to do something nice for me for helping her with a variety of things.  (She got them because of foot problems.)

3. Did I mention that I have a soft spot for my Mom?  And, not like that soft spot that I had in my head after she had me.  More like a soft spot in my heart, of course.

4. I love wandering through stores that sell office supplies, craft supplies, books, and organizing stuff.  I also always want to spend money at those places. 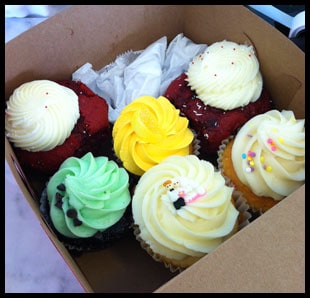 advertisement
5. I love cupcakes.  If I was getting married again (to Eric, of course), I would want cupcakes instead of a cake.  But, you know what?  I don’t really need to get married again (even if it was to Eric), I would be happy just to have cupcakes for no reason at all.

When we were on a trip a few weeks ago, I got to go to try out The Flying Cupcake in Indianapolis.  Oh. my. goodness.  Amazing!  It’s probably a good thing that I’m not local to it or else I would probably weigh about 1000 pounds by next week.

6. I have never, ever been a morning person.  It is not a funny exaggeration when I say that every year on Christmas morning, I had to be woken up by someone.  And, maybe, just maybe, my Mom used our Beta Max VCR to tape the Bozo Show for me because it was on too early in the morning for me.

7. I find it shocking to tell you that Bozo Show item.  Mostly, though, it’s because clowns really freak me out.  I think it stems back to some sad clown artwork that my Grandma had.  Why did I want to watch a TV show with clowns on it?  (Maybe it was because I was sure I would rock the Grand Prize Game if I ever got on there.)

8. I have been trying to drink more water, but I really love Diet Cherry Dr. Pepper.  Based on something that one of the kids once said, we sometimes jokingly call it Diet Dr. Cherry. 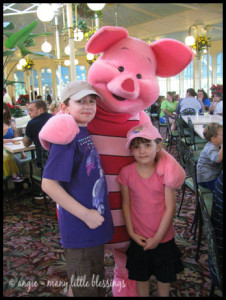 9. I’ve been pretty vocal about my love of Disney.  Not only did we take the kids for their first trip last year, but we’re planning another trip already.  (Last year was our first trip since 1998.)  But, here’s a little Disney factoid about me: I used to be a Disney Store cast member in the late 1990’s.

10. I have recently stopped eating beef and pork.  Oh, well, except for bacon.  There’s just something about a BLT sandwich from time to time that is hard to say no to.

We’ll see how long this lasts, and maybe I’ll be done with it by the time that this is published (since I’m writing this in very early July).  Other than a handful of times that I mostly wasn’t thrilled about afterward (well, except the ribs we grilled out – those were amazing), I’ve already been doing it for probably about four weeks now.

Does this mean that I think I’ll never eat a cheeseburger or ribs again?  I have to be honest and say I’d be shocked if I didn’t.  But, it just means that it’s my intention to skip out on beef and pork, with maybe the occasional eating of it every few months.

Now, what about you guys?  Share a couple of random things about yourself in the comments.  I’d love to read some fun facts!