The following is a post from contributing writer, Julianna Lawson, of Petunia June.

I tend to run a fairly scheduled homeschool. We start at a certain time and usually end at about the same time each day. Because my children know that their morning and early afternoon hours are filled with math, art, science and such, they don’t have time to utter the dreadful phrase, “I’m bored!” 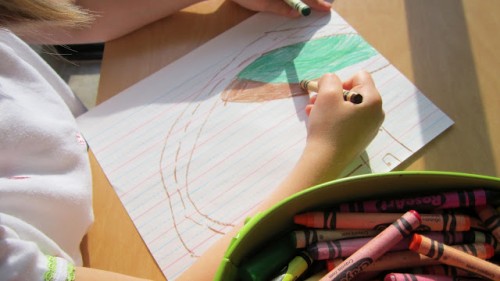 After school, however, it’s a different story. Their time is their own — and sometimes they don’t know what to do with it. Initially they’re like little rubber bands being released from their studies; they burst out of the school room, eager to jump on the trampoline or shoot some hoops. But then, between 4:00 and 5:00, something happens. Attitudes veer in an undesirable direction, and it starts. The brows furrow, the bottom lips protrude and they finally moan, “I’m bored!”

This trend used to irritate me to no end. But then I realized something. When my children are whining for something to do, this is my opportunity to share with them the many ways in which they can fill an hour. They might not necessarily like all of the options, but here again is an opportunity: sometimes we just need to do what needs to be done. And it feels good when we accomplish it, too.

My response in these moments is key. When my kids whine at me, my instinct is to whine back. But they’re much more likely to see the gift that an hour can be when I help them meet it with anticipation: Think of all that could be done in this moment! 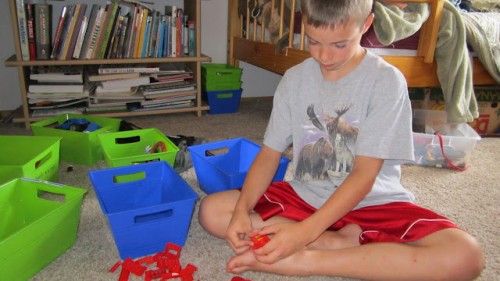 Charlotte Mason suggested that children should have “something to love, something to do and something to think about” every day. It’s a great responsibility as a parent to provide such opportunities, but if we are meeting those needs in our own lives, we are much more likely to set a healthy example for our children.

When I sense that ennui is en route, I often begin by having the younger kids rest in their rooms with books or CDs. The older children usually have a chore or two to complete around that time. Because the boredom hour is also the hour when I’m preparing dinner, I frequently recruit helpers who can slice olives or set the table. A period of quiet rest or focused work is just the ticket, and soon they’re bursting to switch gears and find an activity.

Now, at this point I must state the obvious: we are not perfect! My kids still whine, “I’m bored!” from time to time. But we are learning. Which is a pretty great thing to do. 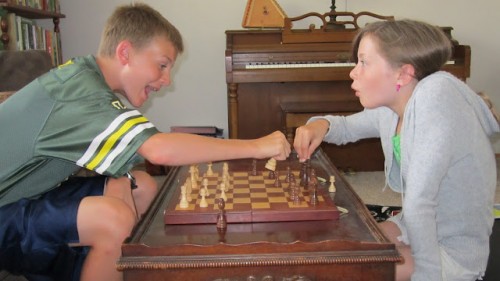 That said, here’s a list of 20 diversions that we often turn to:

1. Find “dollar jobs” around the house for your child to complete. A job well done and the kids add a buck to their piggy bank.  (Here is a possible system for making those jobs accessible.)

3. Have a game relay. Set up three or four board games. Rotate from one game to the next, setting a timer for three minutes. Every time the buzzer goes off, move to the next game. Continue playing each game, three minutes at a time.

5. Have an indoor relay race. Cotton balls on spoons, jumping with a ball between the knees, etc.

6. Play library. The kids take turns being the librarian and get to read books aloud to “the class.”

7. Turn the kitchen into a diner, complete with menus.

8. Take pictures of each other.

9. Write a letter to a grandparent or cousin.

10. Perform a skit or puppet show.

13. Let them take a bath in the middle of the day.

15. Freeze dance party! Turn the music up. Hit pause every once in a while and everyone freezes.

16. Whip up a picnic lunch or tea party. Enjoy it in the back yard or on a blanket in your living room.

17. Make a magazine doll house. A manilla folder decorated on the inside with cut-out furniture pasted in a homey arrangement is a lovely place for a paper doll to play.

18. Write, shoot and edit a mini-movie. Older kids will enjoy running this operation.

19. Make a book for a younger relative or friend. The kids can write and illustrate an original picture book to give as a special gift.

20. Host a concert. Wee hooligans love to lip sync. And it’s pretty hilarious to watch, too.

How does your family manage the after school hours?

When not helping her children overcome what Sarah Ban Breathnach refers to as “the burden of pint-sized ennui,” Julianna Lawson writes about both the boring and the diverting over at Petunia June.