We finished up Noah’s First Communion banner this weekend, and then we were able to turn it in!

With Noah being our oldest, we haven’t had to make a First Communion banner before, so we did have to look around online for the general concept, but then went with our own design.

First…I just have to say — oh man! I *love* the self-adhesive felt that I picked up. The felt for the chalice had a sticky back, and not only was it easier to put on the burlap we were given for our banner, but it also made it easier to cut. I also bought self-adhesive 2″ black letters as well. They were more than I wanted to spend, but they were SO worth it!

Noah was very impressed with the glitter felt that I picked up, so we decided to try to brainstorm for an idea of how to use our favorite one that I picked up — the one we ended up using for a sky.

I will admit — Eric and I did all of the cutting, and then we helped with the layout, but Noah helped as well. All three of us did some of the puffy paints — Eric doing the the actual artsy version of the puffy paint, me doing the top of the chalice to make sure it looked like a chalice (and the cross, again, to make sure it came out clearly), and then Noah did the wobbly outline of the chalice. I found myself stressing some about that not being perfect, and then I thought, “Darn it — it’s his banner, it’s okay if it actually looks like he helped.” 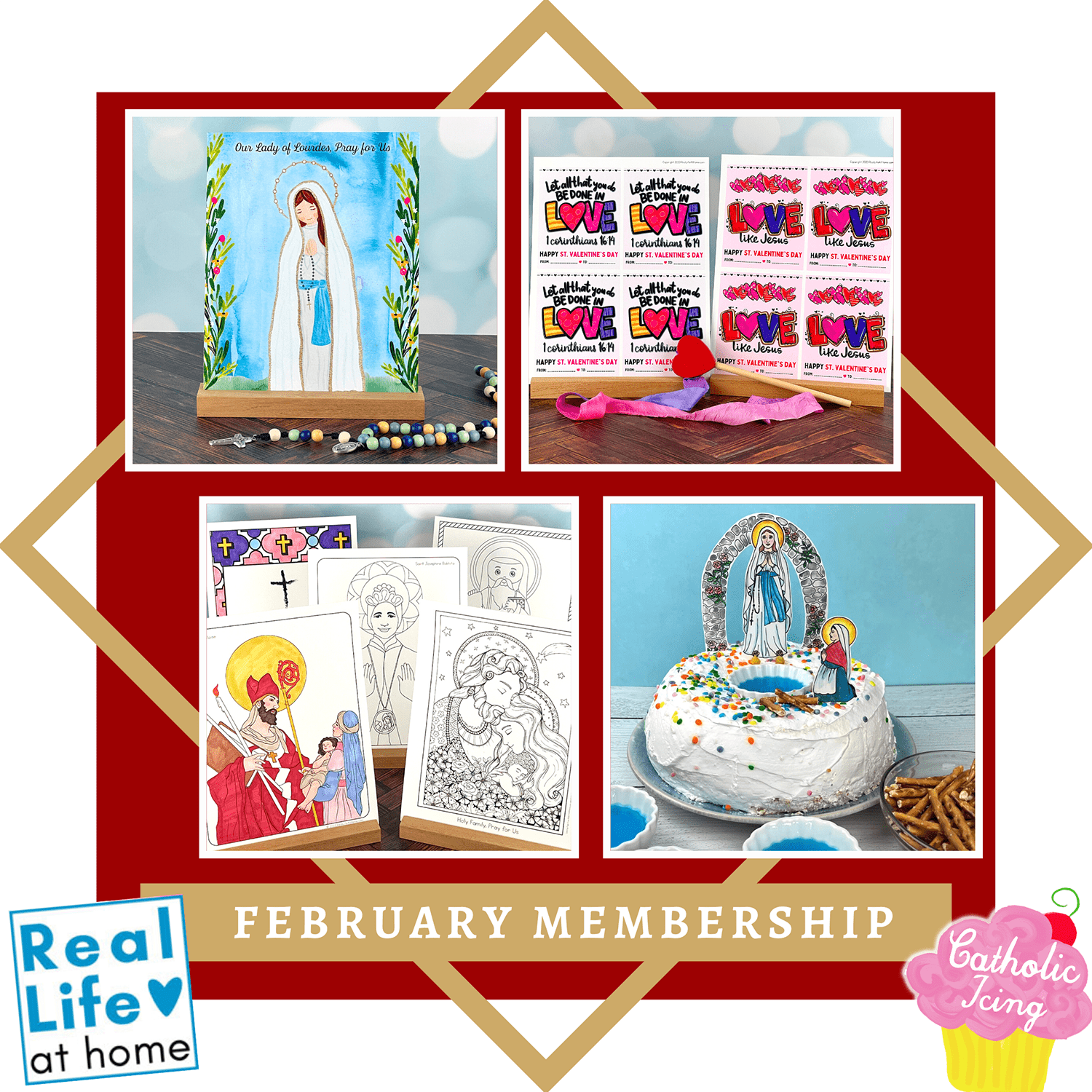 Perfect for families! Each month you gain access to printable activity pages, crafts, home altar pieces, and more.
Never has living the liturgical year been so easy and affordable!
Join now for instant access to February's 100+ pages of printables and resources!

Really — I suspect that when I look back at it in years to come, that wobbly gold glitter puffy paint will be my favorite part. 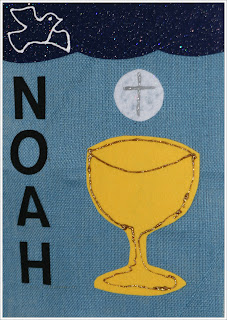