You are here: Home / Uncategorized / New Experience #2: Going to the Gun Range for the First Time
273 shares

This is part of a two week series on Many Little Blessings where either I or my family try something that is a new experience and then reflect on it.  Check out all of the new experiences. 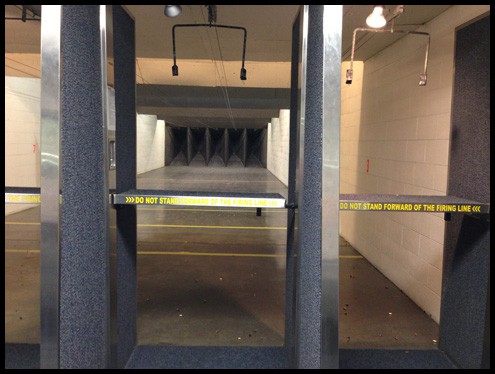 Okay, so while I titled this “Going to the Gun Range,” it’s because I couldn’t really bring myself to title the post “Shooting a Gun for the First Time.”  This one actually has several new experiences all wrapped up into one.  It was my first time going to a gun range, first time being near someone firing a gun, and first time actually shooting a firearm myself.

How I Picked This New Experience

Eric has been wanting me to go to the gun range so he could show me how to use a gun for a while now.  I wasn’t really opposed to the idea, but I also wasn’t eagerly rushing into it either.  When the idea came up to do this series as part of iHomeschool Network’s Hopscotch, it just seemed like the perfect opportunity to go for it.

How I Felt Prior to the New Experience

I’m not going to lie – as the days leading up to when we arranged to do this started dwindling, I got more and more nervous.  I kept saying things like, “You know, if this doesn’t work out to go, I can just do something else.”

When we actually drove to the gun range, stepped inside, and could hear the muffled sounds of people firing, I thought I might be sick.  I had to sit through a 15 minute orientation video with information about the range and rules to follow to keep myself and other people safe.  All the while, I could occasionally hear gun fire and really did think that I needed to run to the bathroom. 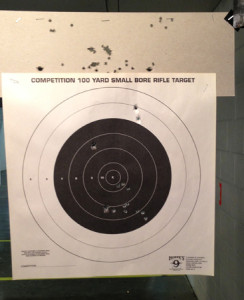 Once I was done watching the video, Eric and I, along with my Dad (who also came with us) headed for our lane.  Before heading in to the shooting area, I had to put on the special giant headphones that Eric had picked up for me.  Although they felt fine when I tried them out the first time, I started freaking out (quietly) when I put them on this time.  They made me feel claustrophobic.  I sounded like a three year old, I’m sure, when I turned to Eric and said, “I don’t like these.  I don’t like these at all.  I can’t wear them.”  He assured me that I was just nervous and it would be fine.

In an odd twist, once we got inside and I could actually see the people who were shooting, I felt a little more calm than when I couldn’t see them and could only hear the noises through the walls.

We found our lane, got set up, and Eric just started right in with, “Okay – let’s go,” and motioned to me to start.

“Clearly you are insane.  I am absolutely not going first, you lunatic,” I said, in my head.  What I actually said aloud was, “No, why don’t you go first.”

So, Eric shot, I jumped, and my Dad laughed.  It was a moment for sure.

After Eric took a turn, it was my turn.  I was calmer than I had been in the store area of the range, but now got a little more nervous again.  Eric moved the target closer, and my Dad quipped with a grin, “If they’re that close, you could probably just hit them with the gun.”

After my first shot, which I shrieked after, Eric stood behind me, kind of holding on to my arms.  I asked him later, “Were you afraid that I was accidentally going to hurt someone?”  He assured me that he was just trying to help.

After those first few shots, which didn’t hit the target at all, mind you, I was okay.  And, with pointers from my Dad, I was finally hitting the target too.

Speaking of tips from my Dad, I have to share how happy I was that he was there.  This may sound silly to say, but I just really love that guy.  He’s such a good Dad.  He is one of those Dads that you seek out when you have a tough situation and just need some sound advice.  Plus, his gentle and encouraging way of teaching has always been the kind of teaching that matches up perfectly to my style of learning.  So, while I love Eric, it made the experience much better that my Dad was also there.  (Don’t feel bad for Eric.  He feels the same way about my Dad and that was why he had asked him to come along.)

The guys kept giving me different guns to shoot with to see what I preferred.  Eric also brought a rifle, and while I was scared to try it out, it was actually much quieter, no real kick back at me, and the scope on it made it easier for me to see.  Plus, I could hit the target with more consistency.

The time when I turned to Eric and my Dad and said, “I know you guys are going to tell me not to, but I can’t help it – after I aim, I keep shutting my eyes when I actually shoot.”  Yeah, as you can imagine, they thought this may have been part of my issue when I was having trouble hitting the target.

Would I Do It Again?

It’s been four days since I went (as of this writing) and my hand is actually still sore in one spot when I touch it.  Now, my parents would probably both offer up the wisdom, “Stop touching it there then.”  It’s getting better, but I definitely didn’t expect the soreness that I ended up with.  Of course, the cutting and glitter gluing of making a First Communion banner a couple of days later didn’t help, so I can’t blame it all on the shooting.

While I thought it was a fine experience (especially in such good company), I don’t know that I will go out of my way to seek out doing it again any time soon.  If I did, I would probably prefer to just use the rifle, as I felt it was easier and I was more accurate.  Plus, it just didn’t seem as scary to me.

Special thanks to Eric and my Dad for helping me with my new experience, as well as my Mom for watching our kids and making it possible that we could all go together. 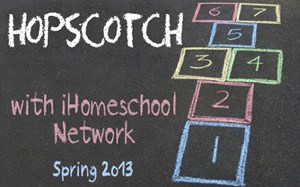