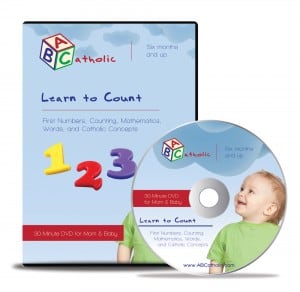 I didn’t realize how long it had been since I watched programming for small children until I was able to recently review the video Learn to Count from ABCatholic.  How in the world did all of my children get to all be such big kids?

Learn to Count is touted on the front of its case as “First Numbers, Counting, Mathematics, Words, and Catholic Concepts.”  After watching through the video, I will definitely agree that it meets all of those promises, and it does it in a very entertaining way for young children.

This video would be a wonderful addition to the video collection of a Catholic family with young children.  On Learn to Count, the numbers one through ten are worked on in a variety of ways, but also in the repetitive manner that young children thrive on.

Yes, of course I know that all children need to learn to count, not just Catholic ones.  But, this video is pretty darn Catholic.  As in, it’s Catholic enough that I think my non-Catholic friends might need me to explain what some things are.  (Don’t worry – it’s nothing complicated.  My kids would be able to recognize everything.)  For any practicing Catholics, it’s going to be right up your alley, with objects counted being things like tabernacles, rosaries, and nuns – just to name a few.

Not only is there upbeat music and a fun variety of colors (without being overwhelming), but there are also children featured throughout the video that will make the video even more appealing to young children.  The kids are smiling and are obviously having fun during the video.  This will make for a fun experience for children watching.

As I already mentioned, while the video is repetitive, ABCatholic has produced a video that works on the numbers in a variety of methods.  There is rote counting, one-to-one correspondence, number sequencing, number words, and number recognition.

In addition to the Learn to Count video, I was also sent the audio CD A Marian Lullaby: Lullabies Honoring the Blessed Mother.  If the sweet picture of a sleeping baby on the front of the case didn’t make me want to peacefully fall asleep, then the relaxing lullabies would do the trick.  (In fact, I did close my eyes and felt so relaxed while listening, but then had to tell myself that it wasn’t actually time for me to take a nap.) 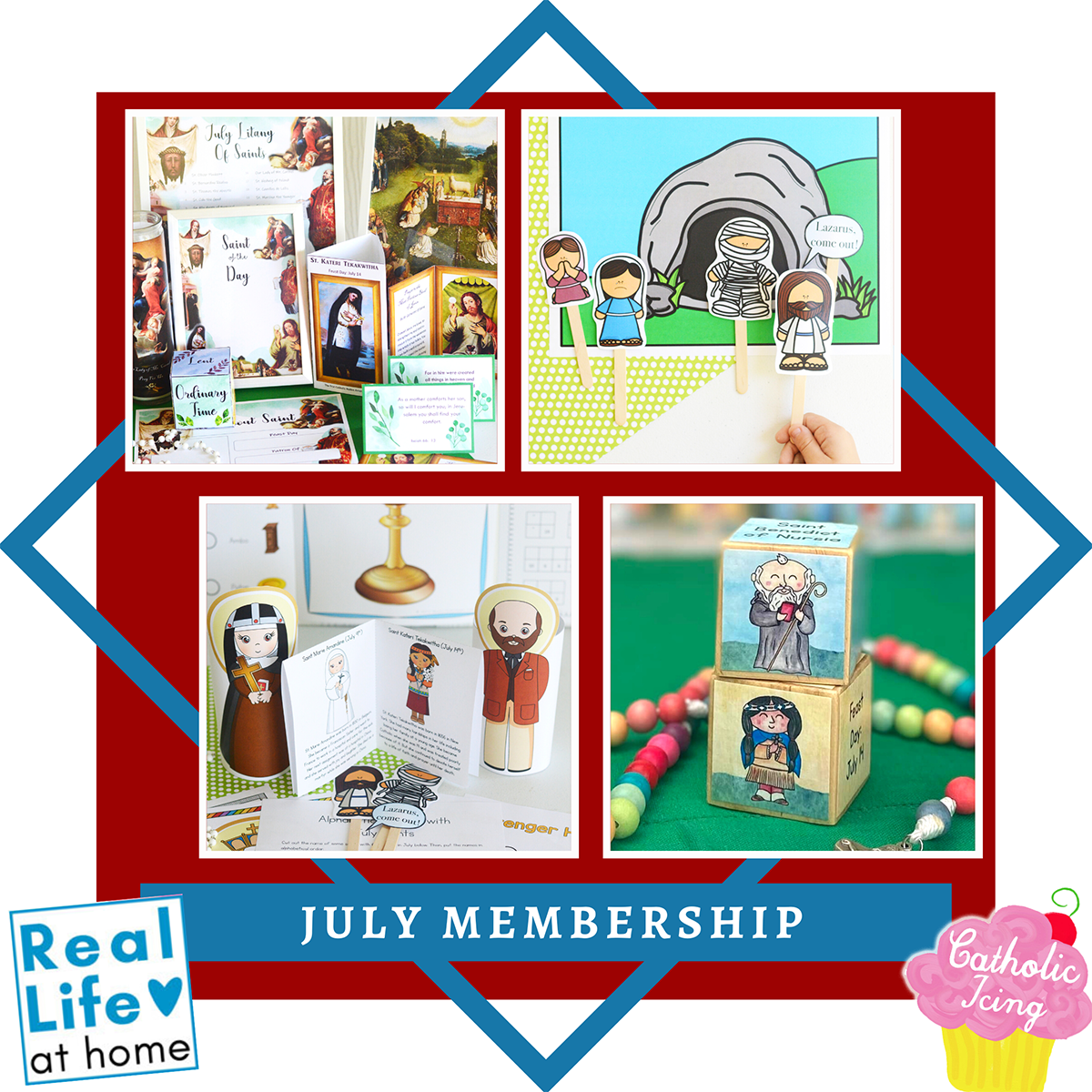 Perfect for families! Each month you gain access to printable activity pages, crafts, home altar pieces, and more.
Never has living the liturgical year been so easy and affordable!
Join now for instant access to July's 100+ pages of printables and resources!

While this is for “newborn and beyond” (as listed on the case), I definitely agree to the “and beyond” part.  I think this would be a fabulous CD to play at naptimes or bedtimes for even older children.  In fact, I suspect it would even relax my kids at bedtime (even with one of them being a teenager).

I am really thrilled that I was able to check out these fabulous Catholic products from ABCatholic.  Not only do I think that they would be an amazing addition to any Catholic home with young children, but I’m excited to pass along the materials to some friends with small children.

In addition to the products that I was able to review, ABCatholic also currently offers the video My Catholic ABC’s.  There are also preorders available for some newer products, including a DVD called Little Latin focusing on Catholic prayers.

Another thing that I’m excited about is that ABCatholic is offering a discount to my readers through the end of August!  Just use the code MLB2012 to receive 25% off any purchase.

Disclosure: I received these products for free in order to review them.  I was also compensated for my time to review them and write.  All opinions and the words, however, are my own. (Disclosure Policy)