While summertime can be hot and humid (at least here in the Midwest), I also think of summertime as a bright and delicious part of the year.  One of those reasons is surely because all of the beautiful produce that starts coming in to season during the summer.  We decided to celebrate this time with a couple of variations on the same strawberry and blueberry laden trifle-inspired dessert.  These berry desserts are also perfect for a red, white, and blue-inspired get-together. 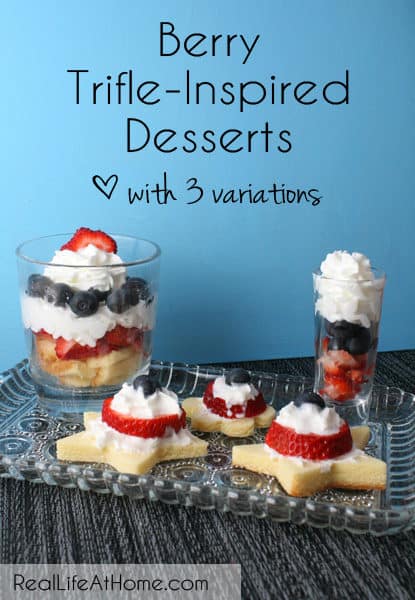 Another reason that these berry trifle-inspired desserts are so great for summertime is because summer schedules can be so busy, and these can be thrown together in a very short amount of time and with no need for turning on that oven.  Bonus!

Even though summer can be filled with busy schedules and lots of time on the go, it’s not a good excuse to ignore your health, including your teeth.  Even desserts like these berry desserts are full of natural sugars, so after we talk about these tasty desserts we’ll share some ways to take care of your teeth, like with Aquafresh® toothpaste.  Later on in the post, you’ll also have a chance to enter for a chance to win a $100 VISA gift card.

You can change these up to include some of your favorite berries.  Also, you will have more stability with them if you use a whipped topping instead of real whipped cream.  Our preference is for real whipped cream, however. 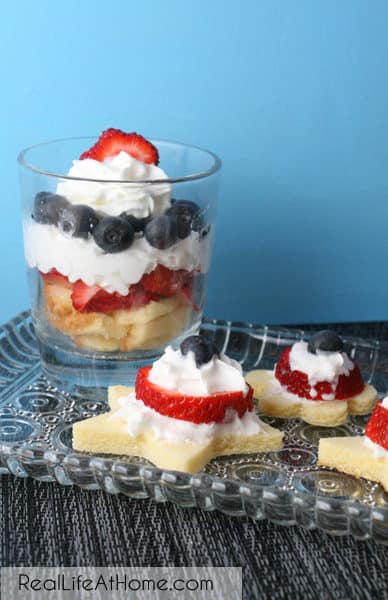 We started making this variation first.  Grab out your favorite cookie cutters and make some Berry Dessert Bites!

To begin, we thawed our pound cake completely. Then, I cut it in half for stability and put it up on that end to cut the pound cake in to slices like this: 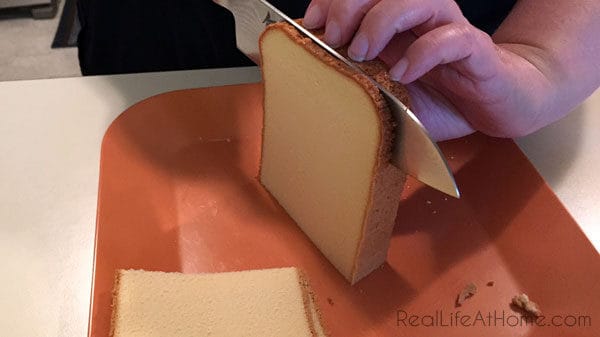 You can pick your desired thickness.  We then used both star and flower cookie cutters to cut out the base for our dessert bites. Don’t worry about all those leftover pieces of pound cake.  Just set them aside because you’ll be using them later for another variation.

Once you have all of your pieces, you can assemble your berry dessert bites.  We put some whipped cream on top of a pound cake piece and then put on a sliced strawberry followed by another shot of whipped cream and then a blueberry.  Beautiful! 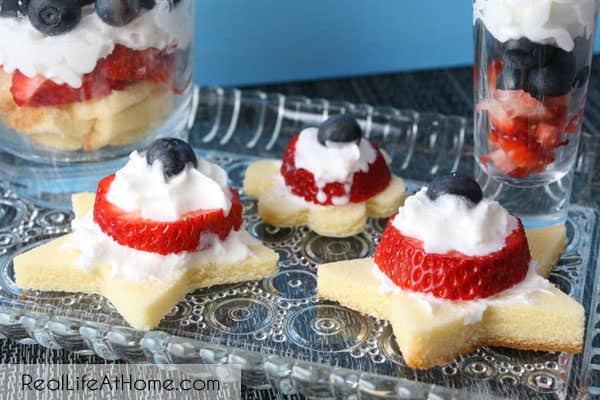 These will need to be eaten shortly thereafter if you’re using real whipped cream.  Whipped topping, however, will last longer.

This is the part where we use up all those leftover pieces of pound cake that you have from making the first variation.  Of course, if you want to skip right to this variation, you can just chop up your pound cake.

We thought miniature, single serving berry trifles would be so much fun!  I love a regular trifle, but we also loved how this version insured that you would get all of the layers of the trifle. 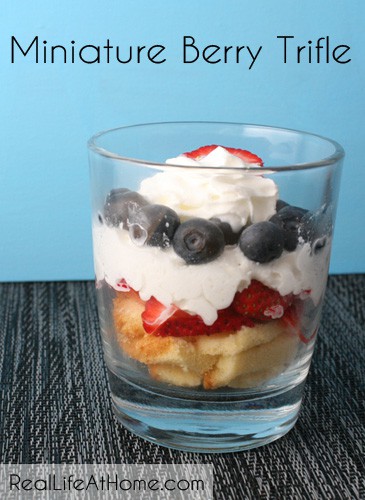 These were seriously delicious!

For this variation, you could substitute pound cake for angel food cake, if you prefer that.

Okay, these don’t actually have to be shooters.  They could be in just as big of a glass as we used for the mini trifles.  But, the shooters are cute, aren’t they?

This would be an especially good option to have for people who are trying to avoid sweets like cake or who can’t have them because of something like a gluten-free lifestyle.

For these, we simply ditched the pound cake and layered the two types of berries and whipped cream.  It’s like summer in a glass! 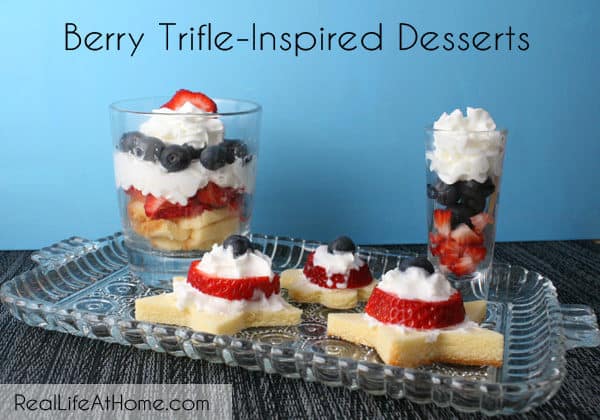