You are here: Home / Logic and Puzzles / A Parent’s Guide to Chess: Beginners to Tournament Players
94 shares

The following post is from Christy of Eclectic Momma:

Any non-chess playing parents out there?

Chess has become a big deal in our house.  As a parent, who didn’t even know the rules of chess, it was quite overwhelming when my kids first learned to play and compete.  I have since embraced the title, “Chess Mom” and wear that title proudly.  I’ve learned quite a bit through our transition from beginner players to tournament play. 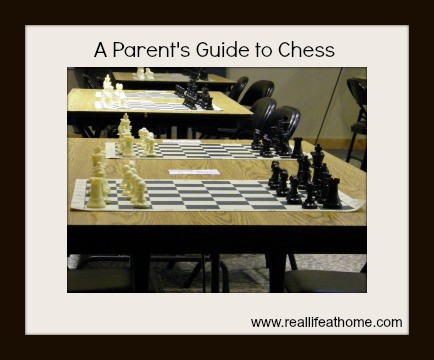 Some benefits of chess for children:

How to teach your child to play chess:

Most children learn how to play chess from their parents, but if you don’t know how to play (I didn’t), don’t be discouraged.  There are other ways to teach your child to play:

No Stress Chess – Great board game that helps the beginning player get started with hints and suggested moves. 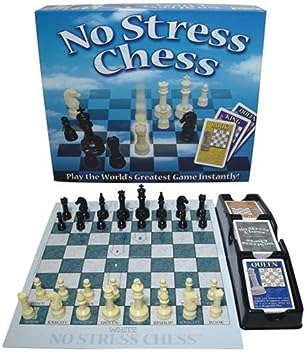 ChessKids.com – Chesskids.com is a great free website (with optional paid membership for additional resources) that allows players to play live chess with another member, play the computer or learn how to play with various tutorials, puzzles and videos.

Books from your local library

Find a chess club near you – The best way to encourage your child to learn/play chess is to get involved in a local chess club or after school program.  This has been an invaluable resource for our family.

My children have met a wide variety of adults and peers all wanting to participate in something that excites them.  The mentor relationships they have formed will impact them for a lifetime. 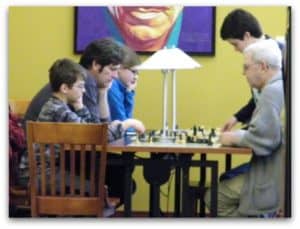 Concerns for parents of beginning chess players to remember:

There are certain chess etiquette “rules” that should be observed by beginner players: 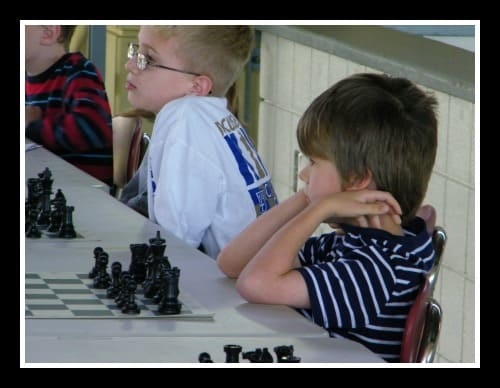 After your child has played for a while, it’s quite common to transition into playing at tournaments.

Serious players are going to want/need certain tools at the tournament level: 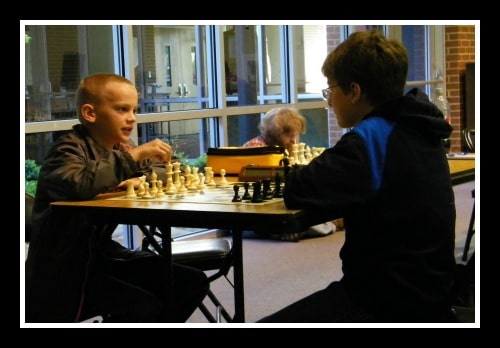 Concerns for parents at the tournament level:

Chess is an awesome game teaching skills that will impact other areas of life. Even if you don’t know the names of the pieces, let your child experience the thrilling world of chess!