You are here: Home / Memories / The Night My Teaching Career Ended: a Road Trip, a Sick Kid, and an Angry Principal

Over the last couple of weeks, I have shared the story of how my teaching career ended.  I shared how it started at the job I loved and the job that I took that ended it all.  Today, I’m going to share how it really finally officially ended. 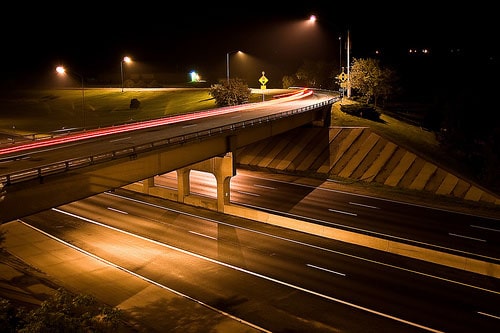 When I got home from school, I did some discussing with Eric before realizing that I was really considering leaving that teaching position.  Between only a couple of hours at home at night before going to sleep (what with the drive and all the time the principal was making me put in), the uncertainty that still surrounded Jack’s heart defect, and then being told that Noah would be getting no services from the local schools, I was defeated.

In a preemptive type of move, I emailed the principal to ask what was the procedure, should I decided that I needed to resign.  I didn’t really think I would do it, but just wanted to know what I needed to do if it came down to that.

In what seemed like just minutes, my phone rang and it was the principal.

“Oh, you got my email?” I sheepishly asked.

“What email?” she responded.

Her tone hadn’t been pleased when she called, and I had assumed that was what it was.  Instead, it had clearly been something else.  Whether it was that I took off like I was escaping Alcatraz as soon as I was contractually allowed to leave for the day or something else, I don’t know.

I told her that I didn’t think I was doing it, but I had just wanted to know what the procedure was if I needed to resign.

“Are you resigning?” she asked me sharply.  Until that moment, I figured it was just not something I could do.  But, instead, I asked her to wait just a minute.

I turned to Eric who was sitting there and said, “She wants to know if I’m resigning, Eric.”

Without hesitation he said, “Yes.”

I added, “But, if I resign, you have to know that I may never get another teaching job.  This may be something I can never explain away.”

And so, I got back on the phone and said, “Yes, I am.”  I apologized and I told her I definitely could stay on for a few weeks or however long they needed to find someone.

“I need you to drive here tonight and clean out your things.”

I reminded her that it would take me at least 45 minutes to get there, and she said she would be waiting.

I could have driven alone, but instead, Eric came with me along with two kids who were feeling less than stellar.  Poor kids.

But, I was especially happy for them to all be along when I got to the school and had to clear out all of my things as the principal just stood and watched us.  When I asked if we could have a trash bag because one of the kids had been sick in the car, she told us no and seemed annoyed that we would ask.  (A janitor was eventually by and we were able to get one to put the clothes into.)

I left anything there that I thought someone could use for the room next and only took my personal things.  I just wanted to be out of that situation (especially as we were being silently stared at) as quickly as possible.

As we drove home, the mood in the car was so different.  Here we were, quite possibly driving away from my teaching career, with a bag of gross clothes in tow, and I was more relieved than I had been in weeks.  We laughed at things as we drove, and it was definitely the first time we had laughed in all that time.  We still had many things worrying us, but we also felt such a feeling of hope and that was a much needed feeling that we had been sorely missing.

Epilogue (Just to tie up those loose ends): I, in fact, didn’t teach again, though I did return to graduate school as well as take a job on the weekends that I enjoyed in another field.  I later worked for five years as an in home therapist for kids with developmental delays and disabilities.  I heard from someone I later knew in a local school corporation that several teachers transferred from the school I was at because of actions by that principal.

Noah did get services through the school as they found that he had Autism.  Years later, after hearing that the social worker frequently told parents that their kids wouldn’t get services (without having met the kids yet), I told someone in authority (as well as her) that it wasn’t right and that it had been a huge factor for my resignation.  Jack continues to thrive, in spite of his heart defect.  Eric is still, as always, my biggest supporter.