I had never really considered starting a podcast until I listened to someone speak about podcasting at a conference.  It was at a time slot where none of the other talks interested me, and it seemed to be the lesser of the “evils,” per se.  By the end of the hour long talk, I was positive that I wanted to start a podcast.  If you have thought of starting a podcast, let me assure you that not only is it manageable, but you can get some basic podcasting equipment and software without spending a ton of money! 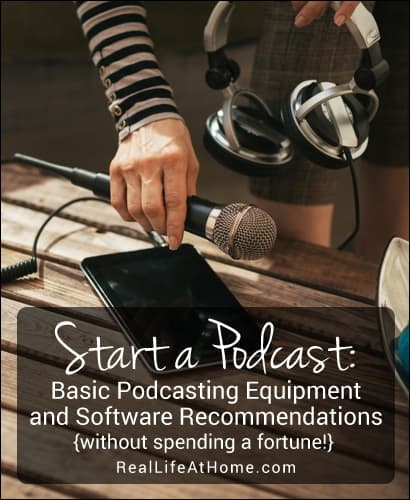 Of course, it’s not all just about the equipment.  I had everything I needed for many months before I finally broke down and started recording.  I was so nervous about doing it, but finally I knew that if I didn’t record an episode soon, I was never going to do it.

I ended up recording four episodes and then deciding that I was probably done.  Thankfully, I had a lot of encouragement from wonderful friends to not give up on it, and I rebranded and relaunched it after rebranding my sites into one site.

Remember that podcasting isn’t just for bloggers!  Even if you don’t have a blog, you might enjoy having a podcast.  As a matter of fact, if you have a child that is interested in podcasting, it might be a great experience for them to try.  My 13 year old is about to start taking a podcasting course through a local source.

Note: This post contains several affiliate links.  Everything I’m recommending, however, is something I own and use.

Now, while it’s important to give your listeners the best sounding podcast that you feel comfortable affording, I want to let you in on a little secret.  I think the most important thing is to just do it.  Don’t get so wrapped up in equipment and what to buy that you never start.

I accidentally missed a setting in the software that I record in, and I thought I was using my microphone, but unbeknownst to me, I was actually only recording through the built in microphone in my laptop!  And, do you know what?  The sound wasn’t the best.  I knew something had to be wrong, but it wasn’t so bad that I thought something was seriously wrong.  In fact, I released all three of the episodes that I recorded that day.  It was only after the next time that I went to play around with what could have been wrong that I noticed what had happened.

So, the moral of that is: if you are dying to start a podcast, and you just don’t have money for a microphone, you might be able to get away with whatever internal microphone your computer already has.  Or, perhaps using your smart phone and something like Garage Band, if you have an iPhone or iPad.  Do some recording and see what you think.

Now, on to some of my not too expensive, great for the casual podcaster equipment suggestions:

I have two microphones now, but the Audio-Technica ATR2100-USB Cardioid Dynamic USB/XLR Microphone is the one that the vast majority of my currently published episodes have been done with, other than the most recent episode (How to Beat the Winter Homeschooling Doldrums) and then whichever those three episodes were when I accidentally recorded them with my computer’s internal microphone.

Back when I originally bought this microphone, it was only $35!  It was certainly easy to decide to give podcasting a try with such a small microphone investment.  At the time of writing this, it now costs $60.  However, that’s still a great price for the sound quality.

The Audio-Technica microphone has a USB plugin, so it’s easy to plug it right into your computer and you’ll be recording right away.

Other Accessories I Found Useful with this Microphone:

It’s just a $2 add on through Amazon, and it helps to protect your microphone from the possibility of getting damp if you are talking closely to it.  (That’s not good for the microphone, in case you had any doubts.)

The Audio-Technica microphone comes with a very small plastic stand.  I found this one to be sturdier.  If you want to just give it a go with the stand that comes with the microphone, I think you will probably be okay, at least for a while.  But, this stand is not expensive, so I was happy to have added it to my cart when I was buying my initial equipment, since I hadn’t realized that the microphone came with a stand.

I purchased this to use with my Audio-Technica and then I went and bought a different microphone, which meant that Eric had to do some fancy engineering (because that’s how he rolls) to make it work for the new microphone.  The one I linked to will work for the extra stand that I purchased.  So, if you’re using that stand with a microphone, this is the pop filter to get.  If you get something like the Blue Yeti, you should get a different version.  (Or, you might have to make some modifications to make it work, like Eric did.)

The Blue Yeti Microphone with USB connector is my newest microphone.  I decided that I wanted to try a microphone that I had heard so much about.  The Blue Yeti has more setting options, comes complete with it’s own stand as part of the microphone, and looks pretty cool.  I have recorded three episodes with it so far (but only one has been published as of this writing), and I was happy with the sound quality.

Well, I was happy with the sound quality after I realized that I had it on a setting that is recommended for podcasting, but then was talking into what it considers the back side of the microphone.  So, I wasn’t getting good quality because of the particular setting.  As soon as I turned it around, then I was pleased.  (Before that, I thought, “Why do people say this is a good microphone?”  Oops!  User error!)

I like that I can make more adjustments with the Blue Yeti, but I still think the sound quality on the Audio-Technica is wonderful and I have no qualms in recommending it as well.

I’m still using my pop filter with the Blue Yeti, but you should get this one.  Eric made modifications so I didn’t have to buy a new one and could use my old one. 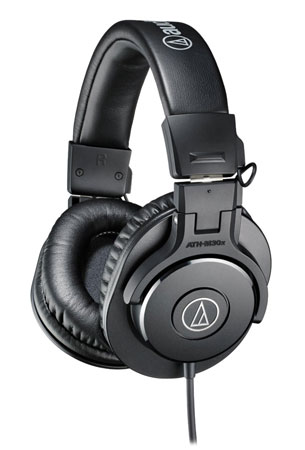 Auphonic is an automatic audio post production web service for podcasts, broadcasters, radio shows, movies, screencasts, and more.  Plus, you can do two hours with of audio for free every month.  If you’re doing hour long podcasts each week, you may run into where you have to start paying.  But, for my podcast, it’s way more than I’ve ever needed.

I like that this service makes my podcast sound a little better, plus, even better, I am able to put in all of the meta data about my show and podcast into the file.  That way, when people download the episode, it doesn’t just show up as a no title track with no artist.  It, instead, comes up with my episode title, information about my podcast, cover art, etc.

Okay, Libsyn isn’t software.  It’s a place to host all of your episodes.  But, I figured that I needed to include it as well.

Plans start at just $5/month, and that’s actually enough room for my short episode format.  But, even the next plan up is only $10/month.  I opt for an extra $2/month, bringing my total to $7/month.  This gives me stats on downloads.  (Note: Only the $5/month doesn’t include the stats.  It’s included with the $10/month plan.)

There is, of course, more that goes into podcasting and getting it started.  If there is interest, I can talk more about some of that at a later time.  This should get you started on the path to your podcasting journey for now though. 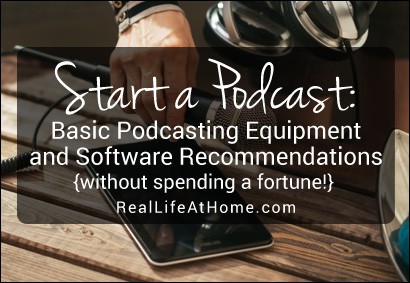 Do you listen to podcasts?  If you’re a blogger, have you ever considered starting a podcast (or do you have one already)? 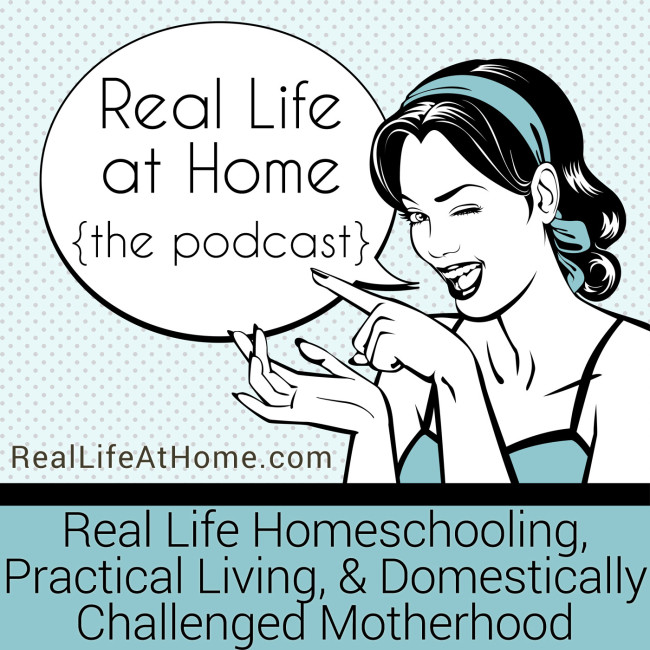