You are here: Home / Language Arts / Spelling / Spelling: What Works for Us as a Large Family
109 shares

The following post is from Melissa of The Cork Board 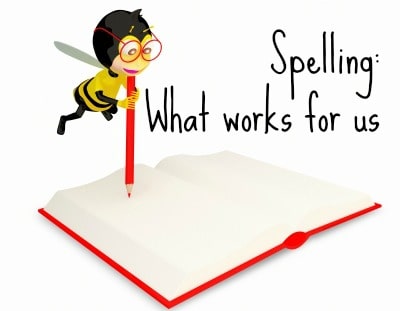 When we first started homeschooling, spelling was not even on my radar. At the time, I had a fluent third grader who was a natural speller and a first grader who was just trying to figure out the basics of reading. I thought spelling would just complicate things.

Once I figured out that encoding (spelling) was an important part of the learning to read process, I was on the hunt for a spelling curriculum. You know the kind–hours of searching, reading endless reviews, and second guessing myself. I even ordered a bunch of stuff that I eventually resold or returned. That was three years ago.

Our family is now made up of six kids with ages ranging from 7 to 16, including 1 special needs child and 3 adopted as teens who are non-native English speakers. I needed a system that worked across multiple levels (and wasn’t leveled), on a budget, and required minimum mom-help.

Here’s what we’ve settled in to that works for us:

I’m an engineer and I like to be able to answer the “whys” in life. Phonograms and spelling rules make it so that there are actually very few exceptions when reading and spelling. These should be drilled multiple times a week until mastered then reviewed a couple times a month.

All learning is better retained when multiple sensory systems are used. When introducing a new spelling list, I say the word so it can be heard, use the fingerspelling technique from SWR and write the word using SWR markings for visualization.  I then have the child repeat the word and spell the word verbally (spelling bee style) so the sequence of letters can be heard and filed appropriately. For non-writers, I love the All About Spelling phonogram tiles. You can buy them or print them.

While a lot of what we do is derived from SWR, I am not a fan of their lists. Classical Conversation’s Essentials program supplies lists from Spelling Power, whose lists are derived from the 5000 most used English words. You can also get free grade-level spelling lists at http://www.k12reader.com/.

We do spelling three days a week. On the first day, I dictate the lists using the multi-sensory approach above. To save time, I actually record myself introducing the list (which only takes about 20 minutes for 20 words) and let the kids work through it at their own pace (which can take almost an hour). Day two is for review activities. I test on third day using Spellingcity.com.

Other programs that I recommend that have not been mentioned above are IEW’s Phonetic Zoo and Logic of English.

Which spelling curriculum, method, or mix works for you? 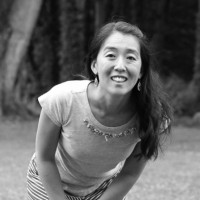 Melissa is a cursive-teaching, photography-dabbling, primal-eating, housework-hating, triathlon-trying, homeschooling, black belt-seeking, grace-needing mom to 6 kids ages 6 to 15.  She blogs about adoption, homeschooling, and life at The Cork Board. You can find Melissa on Facebook, Pinterest, Flickr and Twitter.

Previous Post: « Family Board Games for Teens
Next Post: 5 Things You May Not Know About Homeschooling High School »