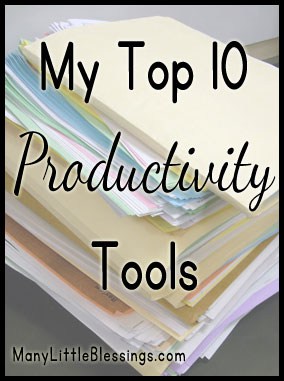 While I love to organize things, I’m not always the most organized person.  As a visual person, I tend to have things everywhere and I can appear disorganized at times.  I rely on a lot of tools and products to help boost my productivity.

Today I’m going to share some of those tools, but I definitely want to hear your suggestions in the comments area as well!

I have tried a lot of planners in my adult life, and I have usually discarded each one after just a short amount of time.  I say “adult life” only because we got planners/assignment books throughout high school that I religiously used.  When I went to college, they had the same type of planner available through the university, so I continued to be an avid user.  But then, college was done and so was I with planners.  Go figure.

I love having small moleskine notebooks in places like my laptop backpack, sitting on my desk, in my purse, and just about anywhere else.  More specifically, I like the pocket sized plain moleskine cahier journals.

These do sometimes mess up my productivity because I have several, so I sometimes forget which one something is written in.  But, they’re especially handy for having something to write in while I’m out and about.

What can I say?  I love them in all sizes and colors.  My favorite are the multi-colored packs in the 3×3 size.  I like to stick up notes where I need them or just jot down notes that I’ll only need for a shorter amount of time.  I even like to stick some of these in the front of my Action Day Planner so that I can grab some Post-it notes any time I need them.

I love pens.  I do not love pencils.  I would rather just have to scribble out writing that I’ve done in pen than to have written in pencil to start off.  I like keeping pens everywhere – a bunch on my desk, some in my kitchen, several in my purse, and so on.  With pens usually available within a few steps, it’s easy for me to write down ideas whenever I want.  My favorite pens lately are the colored InkJoy pens. 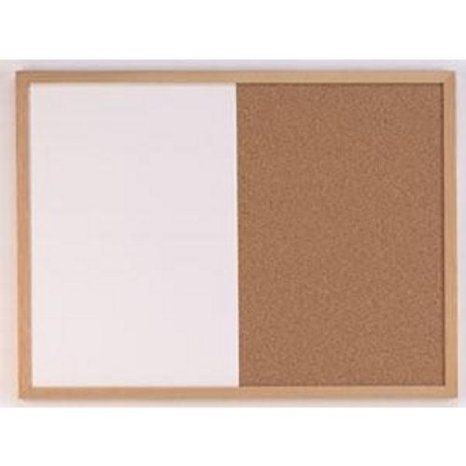 We have one of these boards, as well as an additional bulletin board under it, in our pantry/kitchen area.  I like that we can tack up important cards and papers, but also have an area to write reminders and notes.  It’s just so convenient.

I love Google calendar, but mostly for the ability to have it on multiple devices, including Eric having it on his phone as well.  Now, I have to say that the new calendar app on the iOS 7 has been making me crazy.  But, that issue aside, I just think that having access to our calendar on so many different devices helps make us a little more productive.

In Mozilla Firefox, I use the LeechBlock add-on.  It blocks the sites (like social media) that I tell it to block after a certain amount of time each day.  There are lots of ways to set up LeechBlock, but I just have it set up to kick me off after a set amount of time in a 24 hour period.  Of course, I still can get on some of that same social media on my phone.  However, I don’t spend too much time doing that.  This add-on used to not be quick as productive because I would just take off the block as I got close to my time limit.  However, now Eric has a password set up for it, so I can’t get into it to change it.

It’s bad.  I know that.  I would be a big liar, however, if I didn’t admit that one of my tools for being very productive is when I have procrastinated too long on a certain task.  It’s been the way that I’ve operated for a long time.  Sometimes it backfires on me, of course.  But, it’s usually a pretty strong motivator.

That thing is like carrying a little computer around with me everywhere.  While it sometimes makes me less productive, it usually helps my productivity.  It would be hard to get used to not having it if I ever found myself in a situation where I couldn’t have one anymore.  Even before I had the iPhone, I still used my iPod Touch as a PDA.

Folders on my Computer

I am a very liberal user of folders on my computer.  I have my email full of folders, as well as elaborate systems of folders on my computer, external hard drive, and DropBox.  While my own folder system might slow someone else down because they wouldn’t know where to look for everything, I have them organized in a way that makes sense to me and I’m able to quickly click around and find exactly what I’m looking for.

What are some of your favorite tools or products to help with your productivity?

Disclosure: This post contains affiliate links.  They don’t change the price you pay, but they do help support this site.  Thanks!

Email/RSS subscribers: To visit the List It Tuesday link up, you will need to come to the site.  Thanks!