Yeah, that’s about all the Latin I knew prior to homeschooling.

But then I got mixed up with the Classical crowd and since the study of Latin goes hand in hand with Classical curriculum, I found myself in the thick of it all wearing nothing but a toga.

OK, not really, but I got your attention, didn’t I!

Latin in those early years was a nightmare. The curriculum I had chosen was too teacher intensive and too much for a teacher who didn’t know a thing about Latin. I quickly dropped it from the schedule and ignored the niggling in the back of my mind that I had done something wrong.

And then my son asked to learn Latin.

I wanted to cry.

I had long since sold the old Latin curriculum, and I imagined all other Latin courses would be the same. But this is my son we are talking about here. The son who wants to go into some field of science. The son who knows what he wants and knows how to get there. Latin was in his plan whether I liked it or not.

So, I hit the homeschool convention scene with Latin on the brain. My first stop was the Classical homeschooling booth where they pointed me in the direction of another booth. A booth that I would spend the next hour standing near, listening, watching, believing.

This booth was the Latin for Children booth. I met the author himself. I watched several of his videos. I explained our specific circumstances. I walked away with everything I needed, satisfied that I had just purchased a Latin program that would work and would not require me to know a lick of Latin.

You see, Latin for Children is a self-taught curriculum. With video, audio, and workbooks, your child learns Latin in your home from an expert! No fumbling over pronunciations, no wondering if your child is getting it, no time taken out of your day to teach something you don’t feel qualified to teach. And it is actually fun!

And guess what? Latin has a purpose!

Did you know much of the English language is comprised of Latin derivatives? Did you know many other languages also have Latin roots? Did you know learning Latin will help your child in science, English-Literature, and foreign language?

I am so glad I gave Latin another chance! Even if you don’t do a full-blown Latin curriculum, you too should consider giving Latin a chance! Incorporating Latin into your homeschool in some form will enhance your child’s learning experience and open up a world of vocabulary and knowledge you never knew existed.

Here are a few resources to get you started:

– Great for those who just want to “play” with learning Latin. This is a fun set of games aimed at introducing Latin and the etymology of English words into your child’s vocabulary.

Latin for Children – This is the program we use. Video, audio, and workbook are included in this curriculum, making it very easy to use.

Visual Latin – This downloadable curriculum is comparable to Latin for Children.

Learn Latin Online – I’ve never used this curriculum, but it is FREE…can’t be all bad!

Amy can be found writing at Raising Arrows. 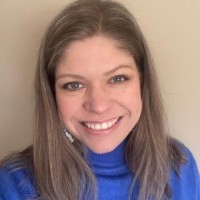 Amy can be found writing at Raising Arrows.