You are here: Home / Holidays / Christmas / Helping Siblings Christmas Shop for Each Other 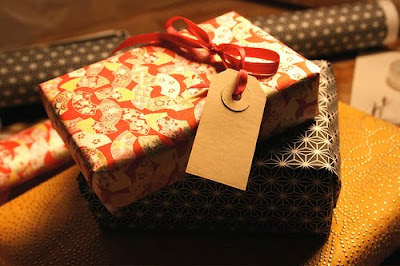 (This post was originally published on December 9, 2009)
I have written about our Christmas “Mom Shop” before, but it seemed like the perfect time of year to talk about it again, especially since my kids are already saying at least a few times a week, “I can’t wait until we do the Mom shop again!”
One of the most vivid memories I have about Christmas growing up was one year when my school had a Christmas shop. (This was back in the day when they still could have called it a Christmas shop, mind you.) The idea of this little store is that kids could bring money and shop for their families. The reason that I remember it so clearly is because I remember the pride and delight I felt to be able to do some shopping all by myself.

I realized two years ago that I had never given my own children that same opportunity for a sense of pride and giving come Christmas morning. I knew that I had to remedy that situation. However, the thought of taking them into a store and asking them to pick out things frightened me. So, I took a cue from my memory of Christmas shopping at school and carried on with my idea.

So, two years ago, after a trip to Walmart, I had enough small toys to set up “Mom’s Christmas Shop” in my bedroom. I bought a few gifts that I thought would be appropriate for each child — all costing between $1.48 – $4.98. Despite the various costs, I actually only priced my items right around $1 per item. (Last year, when the boys were receiving allowance, I charged them closer to the actual item’s price. However, I continued to look for items that were $5 and under.)

Then, I invited each of our boys (then aged eight and six) to shop without each other. For instance, when Noah came to shop, I had one area of gifts to choose from for Jack and one area of gifts to choose from for Molly. I allowed Noah shop for one gift for each of them, and we worked on wrapping the gifts together. Then, I put away the gifts that were possible for Jack, and I put out the ones for Noah. I invited Jack up and let him shop and wrap. The boys used money from their own allowances to shop.

Last year, we were excited to allow Molly to shop as well. Since she was only just barely three when we began this new tradition, we envisioned her trying to keep all of the toys for the boys for herself and throwing a fit. Because we didn’t allow her to shop, I just picked out an item from her for each of the boys from the leftover toys.

One of the things that I really like with this method of shopping is that I can pre-select things that I think are appropriate, and my kids don’t have to be overwhelmed with deciding from a whole store of toys.

I had thought to just return the extras to Walmart for a refund. But, then I realized, “Hey — why not just keep the leftovers to fill their stockings?” (My kids didn’t remember that they are the same.)

The Results
When Christmas morning has come each year that we have done it, our kids seemed to be literally glowing with pride and anticipation! While they were thrilled to receive gifts, they definitely were most excited to see their siblings open the gifts that they had chosen. In a lovely twist, it seemed that the gifts that had come from a sibling became some of the favorite gifts. Molly cherished the $3 baby doll that came with a bottle, and gave a mild smile to the American Girls Bitty Baby Twins that she got from us.
I cannot recommend this method of holiday shopping for siblings enough! I can already see that it is going to be a cherished family memory in years to come. And, while gifts may come and go, those memories will be forever.
This post is linked to Works for Me Wednesday and Finer Things Friday.
photo by allerleirau