While our schedule doesn’t always allow for it, we all love spending time together playing games. Because of this, we try to make a point of grabbing out games from time to time and gathering around the dining room table for some family fun. Our most recent game time was with Hedbanz™ Electronic.

Hedbanz™ Electronic can be purchased in many stores. You can also purchase Hedbanz Electronic at online retailers like Amazon. 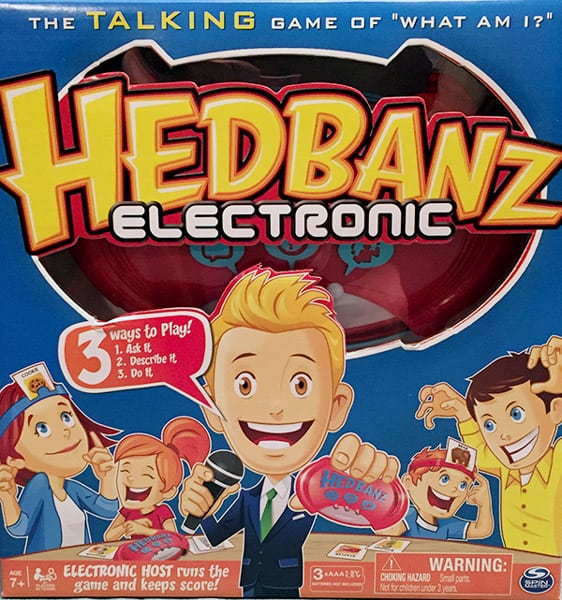 Before we started to play, we had to familiarize ourselves with the directions. In the electronic version of the game, there are two different ways to play. While we found that we definitely preferred one particular style of play, let me tell you about both ways that you can play first.

How to Play Hedbanz™ Electronic 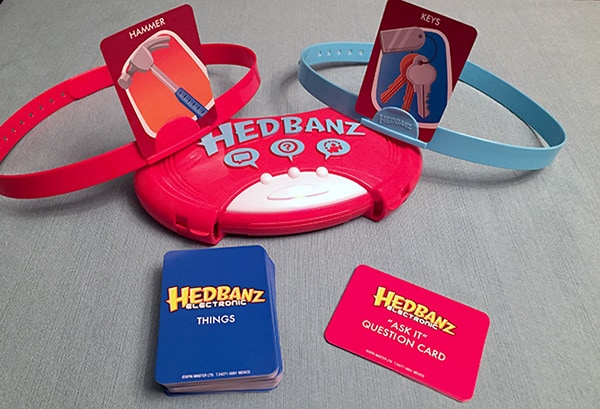 One version of play is Classic Hedbanz™. In this version, players pick a partner, put on a headband, and grab a card. Players wear a “picture card” in their headband, and then quickly ask yes or no questions to figure out what they are. For example: “Am I food?” “Am I a vegetable?” “Am I ketchup?”

In this classic version, the electronic game unit acts as a time keeping device for each player’s 60 second turn. There is a switch on the inside of the unit where you can pick which version of play you’ll be doing.

We found this version of play to be more challenging, as we found that the person asking questions would sometimes get stumped about what questions to keep asking. We thought it might be especially hard for younger kids.

Don’t worry though – there is also a playing version that we thought was easier and made us laugh more often. 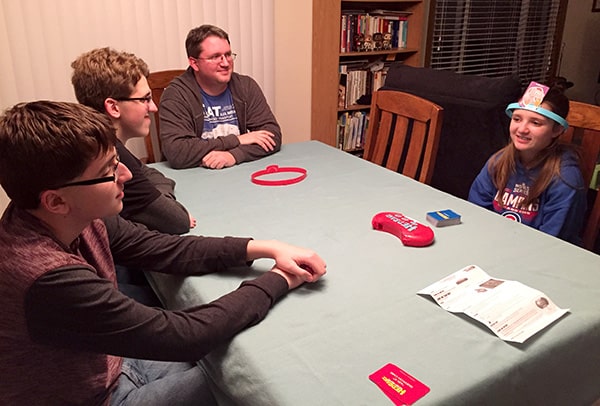 In the Party Mode, which was our favorite, you split into teams – a red team and a blue team. One player on each team puts on their team’s headband and draws three cards. These will be the cards they will have to guess during their turn.

The game unit’s “Electronic Host” determines which game mode they’ll play in that round: Ask It, Do It, or Describe It. Each player will play each of those modes during their turn, but they don’t know which order they will do them in. The Host also directs the game, tracks time, and keeps score. 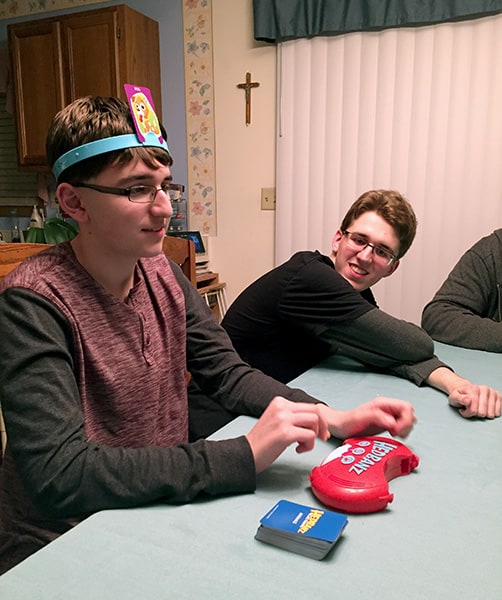 We had so much fun with the party mode! It was hilarious to hear the clues people would give, and even better when people had to act out the things, jobs, and animals on the cards. I can’t wait until we play again. Everyone – ages 12 through 41 – had a great time. I think that says a lot about the quality of a game! 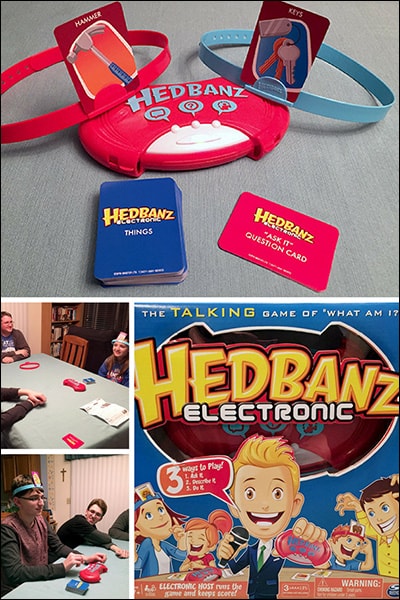 I was selected for this opportunity as a member of CLEVER and the content and opinions expressed here are all my own.

Previous Post: « Homeschooling through the Holidays: Four Ways to Stay Sane and On Schedule
Next Post: Easy Ways to Celebrate Saint Juan Diego »