For hundreds of years, George Washington was considered the most honored figure in US History to the American people.  Because of his contributions to our freedom, we honor him every third Monday in February.

Are you and your children learning about George Washington over the next few weeks?  Here are some educational and fun resources to add to your unit study.

Brief History of George Washington’s Birthday and President’s Day – National Archives
This is a concise and informative article on Washington’s birthday and who the United States is actually celebrating the third Monday of February each year.

Tribute to George Washington Treat Table – Jacolyn Murphy
Such a creative idea!  This would be a great idea to implement at the end of a unit study of Washington.

George Washington’s World for Kids
After researching George for a couple of hours, I finally stumbled upon this interactive site, all about our great Founding Father. It’s fun to play and has so many interesting facts!

If you’re interested in more George Washington resources for a unit study, follow this Patriotic Homeschool Pinterest Board.  It includes several other links to books and ideas for a Washington Unit Study.

Lauren Hill is the homeschooling mama of 4 little ones, ages 6 to 13 months.  In  her free time (haha!) she blogs about all things laundry and creates printable worksheets for the pre-K to 2nd grade crowd.  Follow Lauren on Pinterest. 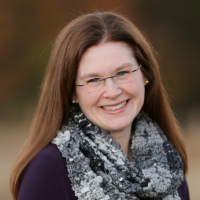 Lauren Hill is a happy wife and homeschooling mama to 5 kiddos.  In her spare time (ha!) she creates worksheets and printables for Pre-K to 2nd Graders on a variety of topics.  You can follow Lauren and download all of her latest printable goodies by following her on Pinterest, where she pins daily!