Fathers have often been portrayed in one of two ways in media.  They’ve often been shown as either the emotionally distant breadwinner or the bumbling goofball that can never quite get things right.  That first example is the one that is usually portrayed as the most “manly,” which I think is just sad.

Having been married for 19 years, with almost 16 of those years as a parent, I have seen again and again that some of the moments that I have witnessed my husband being the most tender with our children are the same moments that I have been most impressed with him as a man and a father. 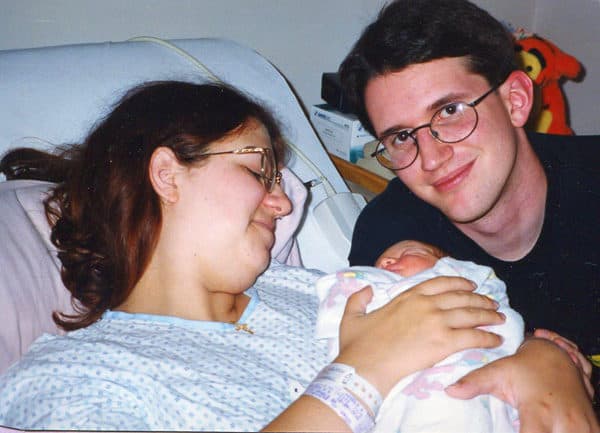 This is especially why I love the new Dove Men+Care First Fatherhood Moments campaign.  It’s a real celebration of modern fathers embracing their caring roles as dads.  Dove Men+Care recognizes that showing care is a sign of a man’s real strength.

I have continually felt blessed that I fell in love with a guy who has never been afraid to show how much he loves his family.  Eric has always been a very hands-on dad.  When our children were babies, he changed nearly as many diapers as I did, he walked hallways patting fussy babies in the middle of the night, and he frequently was found sleeping in a recliner with a baby sleeping on his chest. 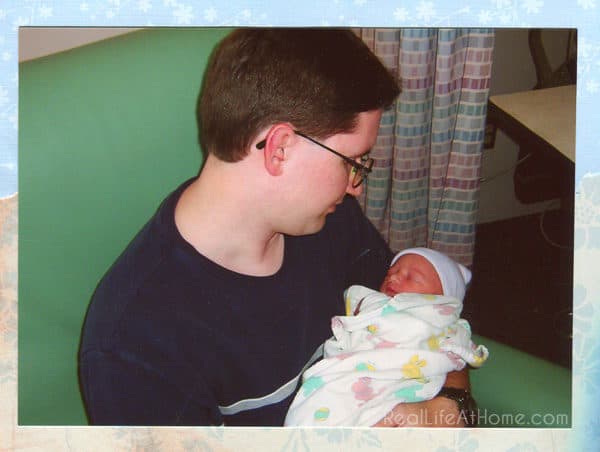 As our children grew, Eric has continued to be tender and hands-on with our kids, even if it now looks like taking Molly to an annual Father-Daughter dance, offering hugs and comfort during breakups, and only reluctantly driving away when dropping off one of the kids who was going on an out-of-state school trip. 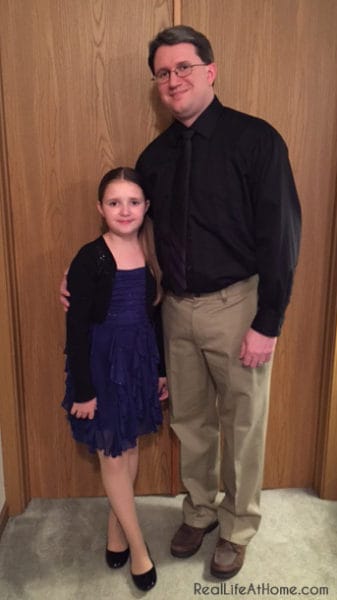 One of my favorite memories, which I often hold close to my heart, about Eric’s tenderness as a father happened just a few years ago.  We were on vacation at Disney World and were walking through the Magic Kingdom one night.  The kids were just a little bit ahead of us.  They were all walking together and chatting away, while enjoying the magic of the evening.

Eric took my hand as we walked, and I realized that he was crying.  When I asked if he was okay, he said that he was just struck by what a perfect moment it was, and how our kids were just getting so big.  If I could put moments of my life in a treasure box to hold on to forever, that would be one of those moments.  Not only was he correct (it really was a perfect moment), but it was a beautiful reminder of what a wonderful father and husband he is.

Speaking of crying, you have to go check out the Dove Men+Care’s”First Fatherhood Moments” film on YouTube, which shows several different men finding out that they’re going to be fathers.  It’s just beautiful.  And, yeah, some of them cry because entry into fatherhood can be emotional.  Do you know what?  I cried watching it too.

Starting this Father’s Day, new dads will receive a Dove Men+Care “Dad Care Package” in select hospitals across the country, giving them things they need to care for themselves and others.  They have a goal of reaching 10,000 new dads, which I think is so awesome!

You can also share your own stories about the fathers in your life using the hashtag #RealStrength.

Previous Post: « 4 Tips for Planning Your Next Birthday Party at Home [Even if it’s Small]
Next Post: Printable 4th of July Puzzles »