You are here: Home / Products We Love / Are You Ready to Play UNO? Roboto Style!

My kids love playing games, so I was thrilled recently to be able to review the newer game – UNO Roboto. I wasn’t really familiar with the game, but my kids had loved before when we had played a more traditional UNO, so I was hoping that it would be at least as much fun as that.

I was delighted that not only was it just as much fun as a traditional UNO game, but it was much more fun!  We had the opportunity to invite some friends over for a special UNO Roboto party (with pizza, drinks, and special cupcakes), as well as to later take it along with us when we went to visit family for Thanksgiving.  Every time we introduced it to someone new, it was a hit.  (After our UNO Roboto party, our friends even asked their Mom if they might be able to get an UNO Roboto game for Christmas.) 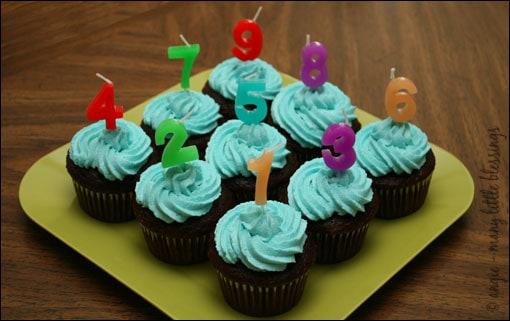 The game is easy to use, and UNO Roboto helps to lead you through some of the start-up directions.  To begin, each player (there can be between 2 – 6 players) is asked to record their names.  While people have typically been recording their real names, every so often, someone decided to record something funny, like “Jack the Great” and “Grace the Champion.” 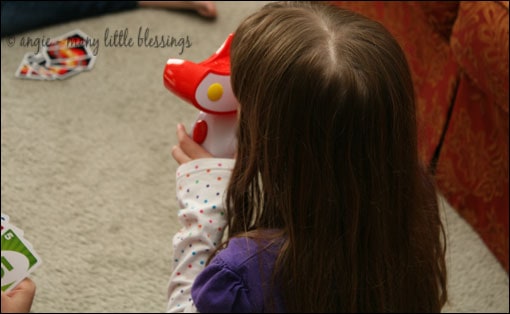 Our only “complaint,” which is really hardly even a complaint, is that it doesn’t really sound like the person’s voice that has recorded it.  It sounds much lighter and younger.  (This added to some of the hilarity, but I don’t think that was intentional.)  Plus, it did cause a slight problem at our party that the game could only accomodate six players, as we had eight people.

After all players record their names, then one player is asked to record a House Rule (they ask a specific player to do that).  Our house rules have been everything from “Make a Fish Face” to “Rub Your Tummy and Pat Your Head,” and more. During different points in the game, it will then randomly tell you to do the House Rule (and plays the original recording of it back to everyone).  There is also an option to skip having a House Rule, if you prefer.

The house rule was to stick out their tongues

Game play begins after the House Rule is made, and then is played just like traditional UNO.  Well, except for the fact that every so often, UNO Roboto will break into play with some decree, such as saying the name of a certain player and telling them to discard all of their yellow cards or swap cards with a specific other player.  There are so many different options that I still don’t think we’ve heard them all.

We really enjoyed UNO Roboto, and I’m so excited that we were able to add it to our collection of games.  Not only did the kids have a blast at our UNO Roboto party with friends, but we even had some times at Thanksgiving when only adults were playing together. 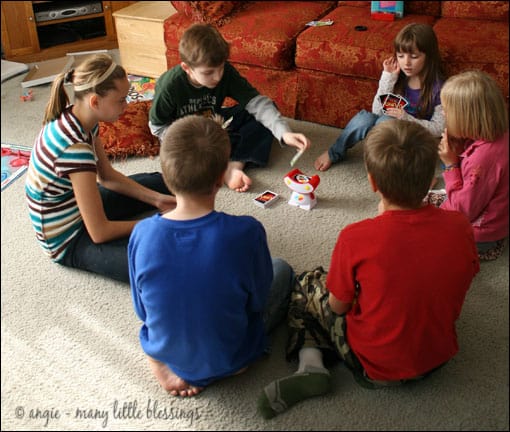 I would definitely recommend this game as a great addition to the Christmas gifts that you give this year.  I know it is a game that we’ll play over and over again!

Want a free Shutterfly book?  Check out a deal that Toys R Us is currently running (through the end of the year) in conjunction with Mattel games!

Disclosure: I wrote this review while participating in a campaign by Mom Central Consulting on behalf of UNO Roboto and received a product sample to facilitate my review and a promotional item to thank me for taking the time to participate.

Previous Post: « Hang Your Stockings on Feast of St. Nicholas (Tuesday, December 6)
Next Post: How We Celebrate Advent »