You are here: Home / Memories / A Goodbye to My Beloved Papa
202 shares

I was born on a cold Wednesday morning in December back when disco and bell bottoms were in.  And, while I don’t know the first time my grandparents met me, I would imagine that some time early in my life, my Grandpa (whom we called Papa) may have stroked my baby soft head while I laid there as a helpless infant and whispered, “I love you.”

That’s just the kind of thing a grandparent does, right?  Maybe that happened sometime, and maybe it didn’t.  But, I know that I grew up knowing that I was special and very loved.  What a gift to grow up feeling that way.

What I do know for sure happened, however, was that on another Wednesday morning, but this one on a warm day in May of 2014, I woke up in the queen sized bed I was sharing with my Mom.  Although it was 3:30 in the morning, I wanted to go into Papa’s living room to check on him.  I was afraid that I would wake up my mother, but I quietly slid out of bed anyway.

My Papa’s health had been declining, and just two days earlier, my Mom and I had driven to his condo in the assisted living home that he now lived in to join with two of my sisters to care for him in what clearly looked like it could be the last week of his life.  By the time we got to his home, he was mostly sleeping, though he did react at one point to us having arrived.  He opened his eyes and he smiled when I told him that we were there.  He was no longer speaking, and stayed awake only for that minute before falling back asleep.

That Wednesday morning at 3:30 am – that was only about 36 hours after my Mom and I had arrived.  We had figured that we would stay for a whole week, and while we were driving there, we even wondered about how we could possibly leave after that week if he had not yet passed.

When I crept quietly into the living room, I saw one of my sisters asleep and the other was awake.  She said she had been waking up every hour and checking on Papa.

As he may have done for me as a child, I stroked his soft hair and felt his feverish head.  Just as I had been a helpless infant and dependent on my family for everything all those years ago, he was now helpless and asleep, dependent on us and God’s will.  I whispered in his ear as I stroked his hair, “I love you, Papa.”  It’s just that my “I love you” was then further followed with a, “We’re going to miss you so much, but it’s okay to let go.  We love you.”  Since it was 3:30 am, it was now the day that would have been my Grandma’s 84th birthday.  “Tell Grandma that we love her too when you see her.”

I slid back into the bed, and finally slept more soundly than I had up until that point.

An hour later, the bedroom door was thrown open as one of my sisters said, “I think this is the end now.”

As I had been the one to do with my Grandma four years earlier, I felt for his heart and then I felt for a pulse.  I’m not sure how that had become my job, but I guess it was.  I didn’t find anything, though my sister said he had been breathing just minutes before.

We were then startled when there was one more quick breath sound.  Perhaps it was a breath, or perhaps some part of death that I didn’t expect.  I don’t know.  But, that was it.  There were no more breaths.  No more beating of his heart.  No more pulse.  There was just my hesitant phone call to hospice telling them in a crackling voice, “It appears that my Grandpa has passed away.” 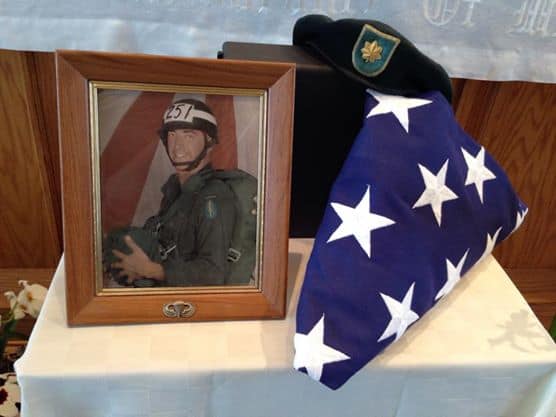 
What followed for us, of course, was almost a week of details.  There was funeral planning, there was obituary writing, there was family time, there was logistics of clearing out his condo at the assisted living home, there was exhaustion, and there was tear-filled watching as two soldiers in uniform meticulously folded a flag that was handed to my uncle with the thanks, as one of the officers recited, of the President of the United States, the United States Amy, and a grateful nation.

For Papa, however, there was much more — much better things.  There was a relief of pain and illness.  There was a reuniting with those who had gone before him.  There was bliss and pure goodness that I cannot begin to fathom.  It is a bliss and pure goodness that when I come to it some day, I know will include my Papa.  And when that comes, I imagine I will be just like the little girl who once looked so happy to be loved by such a wonderful Grandpa. 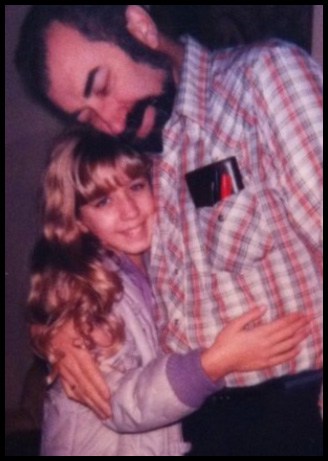 Until then, I will simply have to remember how blessed my life was to spend 37 years knowing such a kind and generous man as my Grandpa.