You are here: Home / Memories / A Comedy of Errors (But I Would Do It Again)

Last month, the kids and I went on our first overnight trip without Eric. Not only did this involve a long drive with just the four of us, but it also involved a two night hotel stay.  It was very weird leaving Eric behind, and he was pretty excited when we got home.

We ended up having a wonderful trip, and I thought, “Hey — I could manage this again sometime.”  However, initially, things didn’t bode well for our journey.

A couple of hours from home, I heard the noise that every parent knows and dreads. It’s that kind of cough that often ends with something else happening just shortly thereafter.  And, yes, that did happen.  Molly got sick and the boys went insane.  Luckily, we were on a two lane highway, so I was able to pull over and it was also a very small amount (though she managed to hit as many different things as possible).  I tried to decide if that meant we needed to turn around and go home, but also thought that the greasy McDonald’s breakfast probably had more to do with it than actually being sick, so we continued on.

Shortly thereafter, we stopped at a gas station for snacks and bathroom breaks.  (Yeah, I let her eat a snack afterward, which does sound dumb now.  Luckily, she was fine.)  Upon getting in the back of the van to get a bottle of water, the box fan I had with us fell to the ground and a foot of it broke. Oh well.  Still usable, so it was okay.

I also tried to deal with my laptop, which I had been using to play movies for the kids.  Our inverter had apparently stopped working on our laptop (though we had used it many times before to charge the laptop for movies on long trips).  The kids were going to have to do the rest of the trip sans videos.  My Mom was concerned for me, but I reminded her that they each had a Nintendo DS, plus I had brought a book on CD.  They would be fine.

As we pulled out of the gas station, my Mom called to say, “Hey — was one of your head lights already out?”

I got a kudos from my Mom later on when she called and commented on the trip when I said I thought it had been a pretty good trip thus far.  (Although I’m naturally sarcastic, I was actually being sincere.)  Nothing seemed like a deal breaker, especially since I wasn’t planning on doing any night driving.

(On a side note: Of course, when I finally did end up having to do some night driving, despite my express purpose being not to do that, I came to a four way stop in a tiny town with a police officer to my right. Though he was originally going to go a different way, he then proceeded to follow me all the way out into the country before turning around and going back into town.  Talk about stress!)

After all that, you might ask if I would do it again.

Yeah, I definitely would.

My Grandparents are getting older and are having lots of health problems, and it was nice to see them.  (And extra nice for the kids to see them.)  My kids were also pretty thrilled to see my Grandparents’ Yorkshire Terrier, Rambo. 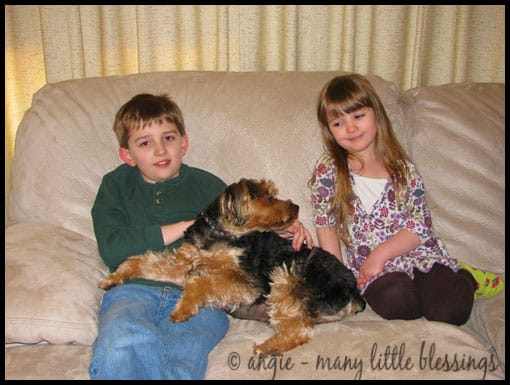 
Plus, we had an adventure.  We did things solo that we wouldn’t normally do.  I felt kind of empowered, though I was glad that I had Eric to come home to.

Oh, and did I mention that I got to take my kids to one of my favorite childhood restaurants?  (While saying things like, “I used to live here when I was your age.”) 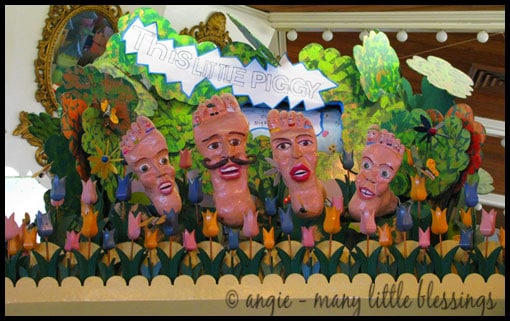 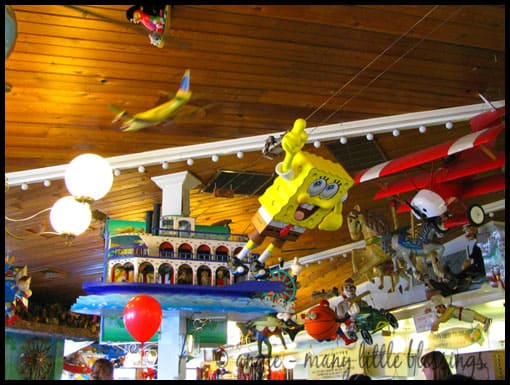 That was pretty darn cool too.