You are here: Home / Family Life / Disney / 10 More Tips I Learned From My Trip to Walt Disney World
189 shares 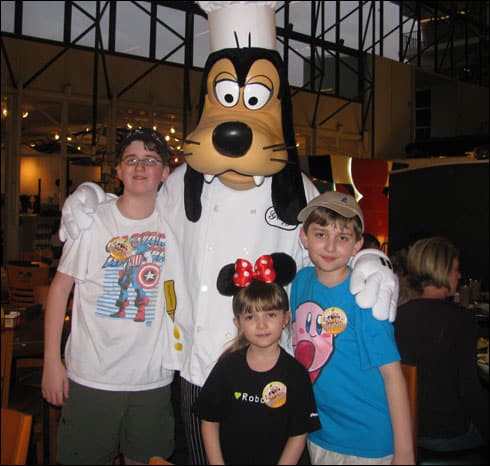 I can’t help it!  I just learned so much on my trip to Disney World.  I had to share another set of tips, in addition to the 10 Things I Learned at Walt Disney World from last week.  In fact, I may just already be having my eyes fixed on another trip in the future.

1. Bring lots of different colors of pens or Sharpie markers for your child’s (or your) autograph book.  We didn’t do this, so all of our autographs (except Belle, who had her own marker) were in the same pen.  Of course, it’s super exciting that we have the autograph books, so I’m not complaining.  But, when we were waiting in line to meet Mulan, the people in front of us had tons of autographs in their books in a variety of sharpie marker colors.  It looked fabulous!

2. Check out the menus at any resort you are considering staying at.  While we enjoyed our stay at the Coronado, we didn’t really care for the restaurants there.  I wouldn’t have thought of it before having stayed there, but this meant that when we wanted to eat with our dining plan outside of the parks, we usually had to hop the bus to Downtown Disney (or eat at Coronado anyway). 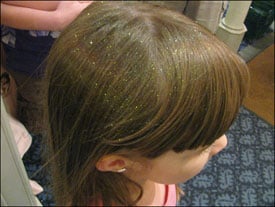 3. A trip into the Princess Couture shop in Magic Kingdom can leave you with glittery hair.  Okay, not for just everyone.  After Molly was a bit down about not getting one of those Bippity Boppity Boutique makeovers, she was thrilled when someone in the Princess Couture shop asked if she wanted to be sprinkled with Pixie Dust.  In fact, she was so thrilled that her eyes got HUGE and she gasped.  (It made the cast members giggle a little.)  She was just as thrilled with this, and we had Disney memories every time glitter fell out of her hair.

4. There is a private picture area in Epcot for Disney Chase Visa members.  If you are a Disney Chase Visa cardholder, you can go into a private character area in Epcot’s Innoventions West.  You will need to have the Chase card to show them, and then they’ll also give you a coupon to use to get a 5×7 photo free at the Camera Center.  (It’s only good for that day, so don’t plan to go back and use it later.)  As a cardholder, you can do this once a day.  I don’t know if it’s always the same characters or different ones.  (It was Mickey and Pluto when we went.)

6. Rude people work for Disney too.  Yeah, you know there are a lot of rude people in the world.  It seems some of them also work for Disney.  It’s life, but it was always disconcerting.  Although, most of the time when we encountered rudeness, it was related to my Mom’s scooter.  (Things like when we specifically asked about where to get on a ride with a scooter, and doing what we were told.  And, then having a cast member very sharply with angry eyes tell us, “You should NOT have brought this through the line.”  Even when I was able to tell her the cast member that told us to do it, she again berated us about it.)

Now that I have that harsh reality out of the way, cast members, on the whole, are very nice people.  (That’s what made the less than sweet ones unexpected.)  There was even one cast member at the Peter Pan ride that I had to hug when we were done on the ride.  So, just remember – there are more good ones than bad, but it just might happen, so be prepared. 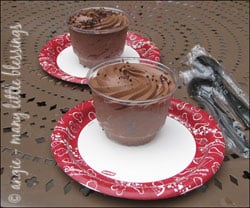 7. My Mom said I needed to add to the list: Chef Mickey is awesome!  That was our favorite table service meal.  Another favorite of ours (which I had been thinking about since my second visit the Disney World which was 13 years ago) was the Boulangerie Patisserie in the French Pavilion in Epcot’s World Showcase.  Seriously — not only do they have amazing desserts, but their food is awesome too.  (The pizza was crazy good, though it was, of course, not called pizza.)

8. Pin collecting and trading is fun!  You can see pins here (which are available all over the place in the parks and resorts), and read about trading here.  We only traded with cast members.  (They can’t tell you no when you ask to trade, so that made it fun for the kids.)  Pin collecting can also get very expensive.  Eric bought each of the kids one pin, and then any extras (as well as their lanyards), they bought themselves.  (Except Noah had no interest.)

9.  Don’t head right for the buses after things like fireworks or light shows.  On the one night that we stayed late for fireworks, we headed to the buses right away.  And, even though we were not far from the park exit, we still had to wait as one bus to our resort was totally full.  Then, when we did get on the next bus, it was only with us all standing and packed in.  (A very nice young father gave Molly his seat, however.)  Before we left, I told Eric that I suspected we should just ride a couple of rides first instead, and I think that might have been a great idea after all.

10. Disney World is a great place to learn!  Not only were the kids constantly learning, but we were too!  I loved using this trip as a homeschooling adventure!

Previous Post: « How to Plan Your School Year from the Big Picture to the Daily Details
Next Post: Homeschooling and Pregnant? 5 Tips to Help You Survive »