When I was recently asked by A&W® to talk about fun family summer experiences, I knew that that fun would include A&W Root Beer Floats, but then I’ll admit that I started trying to brainstorm big ideas. That’s honestly sometimes how sponsored posts go.

Amidst my big idea planning for a family fun event, I had an epiphany. I kept thinking about A&W Root Beer Floats, and I thought about what made them special in my own childhood. My immediate, smile-inducing memory was of going to the drive-in with my family during the summer and drinking root beer floats. 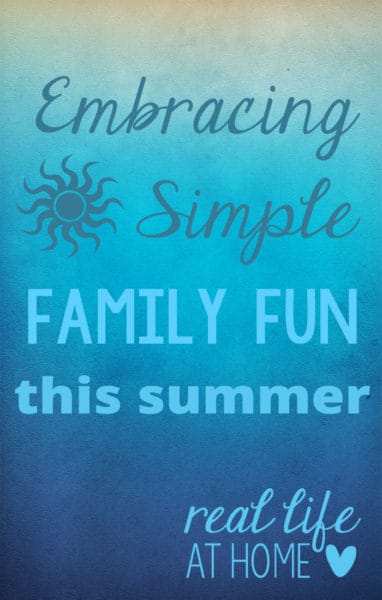 It was then that I realized that my favorite family times of making A&W Root Beer Floats with my own kids were also often those impromptu nights. The kinds of surprise root beer floats on a summer night that start with me slyly picking up A&W Root Beer and some ice cream at the store that afternoon.

That’s when I scrapped all plans for some big, elaborate family night. Instead, I just stopped in at Meijer to grab a couple of 2-liters of A&W Root Beer, vanilla ice cream, whipped cream, and cherries. 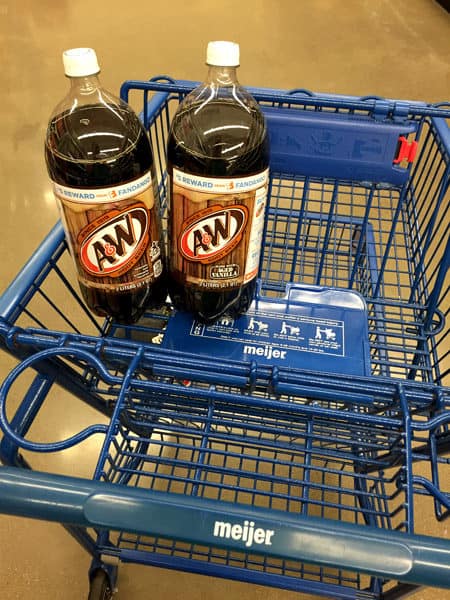 I decided that the next night, we would sit around our fire pit, watch fireflies, visit, and drink our root beer floats.

But then something happened. The evening before those plans, it rained. It wasn’t a storm (so no lightning or thunder), just one of those summer rains that goes between a light rain and a downpour. Since there was no chance of lightning and the hardest rain had passed, I did something that I hadn’t done since I was a kid. We went out and played and laughed in the rain. There was jumping in puddles and screaming. It was the kind of fun that you remember years later and smile about.

Of course, after our rainy fun, Molly grabbed an umbrella and wanted her picture taken.

After we finally went back inside the house and got dried off, I realized, “This is a root beer float night.”

I asked what everyone thought of having A&W Root Beer Floats and a lot of excited voices chimed in.

I was right. It definitely was a root beer float night!

I grabbed out the goodies that I had picked up at Meijer that afternoon and made up five A&W Root Beer Floats. Now, I have to point out – that was big news at our house. Our oldest, who usually passes on that kind of thing, was caught up in the magic of the night, and actually had his very first root beer float at sixteen years old!

With the rain still going, we hung out inside, all sitting around our dining room table. We then spent a considerable amount of time slowly enjoying our floats while playing “Heads Up” on my phone. If you’re not familiar with this game, it’s a Catch Phrase kind of game. It also makes for some great family bonding and lots of laughs. 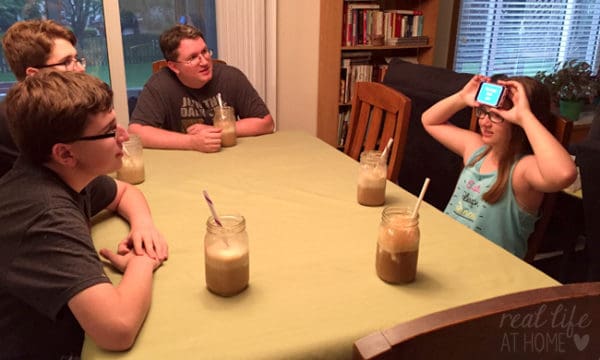 What we had was this simple, but wonderful, family night. I could have gotten carried away, but I remembered that my favorite thing about A&W Root Beer Floats was that nostalgic feeling of simple summer family fun.

It’s too easy these days to get swept up in the elaborate pictures of perfectly planned family activities or the demands of our busy schedules. However, I urge you to take a night this summer (or a lot of them!) with your family to embrace simple fun. And, if some of those simple fun nights include A&W Root Beer Floats, I suspect you’ll have some pretty excited family members!

So, now that you’re surely planning that A&W Root Beer Float in your mind, what does your perfect A&W float look like?

This is a sponsored conversation written by me on behalf of A&W®. The opinions and texts are all mine.